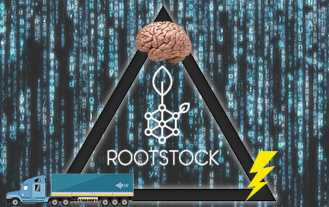 Reports point to a recent meeting between a significant portion of bitcoin’s most influential stakeholders to solve bitcoin scaling issues without an official BIP – Bitcoin Improvement Proposal. This would in theory allow participants to side-step Bitcoin Core, and implement a scaling solution through node consensus without having an official process. Interestingly enough, during this meeting, SegWit – Bitcoin Core’s solution to scalability issues – was part of the agreement, along with 2mb blocks and other changes. This is peculiar to say the least. Some would go as far as to label this effort to push for bitcoin scaling through backroom diplomacy, an affront to the core principles of decentralization that Satoshi Nakamoto worked hard to promote.

Participants in the Bitcoin Scaling Meeting

If this solution goes through, there is an argument to be made on both sides of the debate. On the one hand, the participants in this bitcoin scaling meeting would become a sort of oligopoly, making decisions for the rest of the network through backroom diplomacy and semi-secret meetings. That is definitely not what Nakamoto envisioned for bitcoin. On the other hand, Nakamoto built bitcoin as a system that is susceptible to the kind of centralization that is conducive to oligopolistic behavior. This could have been an honest mistake or perhaps not. The bottom line is that bitcoin is indeed vulnerable to centralization, so why should the participants avoid their oligopolistic behavior without an incentive to abandon it?

Is Someone Trying to Pull a Fast One?

The game of trying to figure out the incentives of each participant is an interesting one. After all, they must have several incentives to conduct such a meeting in the first place. Nevertheless, to avoid speculation, there is one particular topic that the participants discussed that is baffling to anyone trying to understand the incentives of each participant. That topic is SegWit. Since the participants of this bitcoin scaling meeting reportedly agreed to side-step the BIP process, it is quite strange that their proposal includes SegWit.

Looking closer at the participants themselves, the fact that SegWit was even discussed seems even stranger. Reports say that Bitcoin.com, BitFury, BitGo, Bitmain, BitPay, Bloq, RSK Labs (Rootstock project) and Xapo were present at the meeting. Some of those participants are staunch opponents of SegWit. This makes the meeting even more suspicious. Some might even think that there could be someone plotting to pull a fast one on someone else there, but that would be pure speculation.

A Bitcoin Scaling Solution Everyone Can Live with

Maybe the fact that SegWit is part of this proposal, is a recognition by those vocal detractors that ultimately the community needs a bitcoin scaling solution everyone can live with. SegWit activation on Litecoin can serve as an example to show that so far that solution works well, adding to the incentive of some participants to include it in any future solution. Participants also included a 2mb block size alongside SegWit. This appears to be a compromise designed to give everyone an incentive to build consensus around a bitcoin scaling solution that most could support.

However, the 2mb block proposal elicits questions of its own. Is a SegWit soft fork needed when the network will eventually hard fork to work with bigger blocks? Will the 2mb hard fork really take place after a successful implementation of SegWit? If so, what are the incentives to do so? After a close look at the meeting, it seems that it managed to create more questions instead of concrete answers about bitcoin scaling.

All these unanswered questions and suspicions can lead anyone to conclude that backroom deals to solve bitcoin scaling issues might end up hurting bitcoin. Side-stepping Bitcoin Core might not be a great idea either. Satoshi Nakamoto created an open, transparent and trust-less system; backrooms are dark, closed and secretive. Hopefully the parties present will find an incentive to conduct their discussions in a more open manner, because discussions held within those backrooms may cast a shadow over bitcoin.