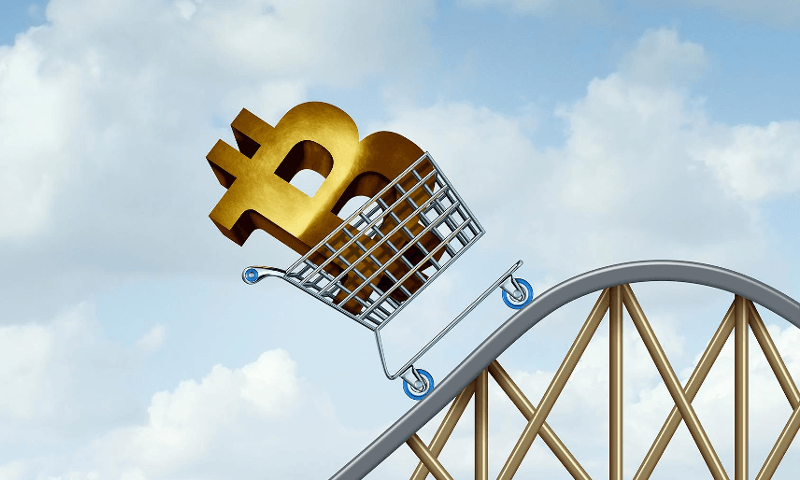 Since its inception, it has been hard to put a price on Bitcoin’s value at any given point in time. This asset has generated enough curiosity due to its potential. That curiosity has fueled prices at certain points in time. Increasing rates of adoption have also sustained periods of price growth. Upgrades like SegWit and additional payment layers like the Lightning Network have also captured the imagination of investors at times.

But doubt has defeated Bitcoin’s demonstrable advantages before. The struggle between these forces has given this unique asset, volatility rates that look unreal. Here is how Bitcoin holders have been riding the highs and the lows and how each time a different force bucked the trend unexpectedly.

Finding the right price for Bitcoin

What is Bitcoin? Is it a decentralized P2P currency for the digital world? Is it digital gold? Should it be a store of value or should it be used as a medium of exchange? These are questions that investors haven’t been able to answer fully, thus triggering this ongoing price seesaw that by now has trended more upwards than downwards.

If you’re looking to enter this terribly-thrilling market, you can buy and trade BTC on eToro, the world’s leading social trading platform. If you’re not quite sure yet, explore their CopyTrader feature that allows you to view (and copy) trades made by top investors on the platform.

The number of active markets has had an impact on price trends for sure. It is possible to see that as the space depends less and less on a single exchange; volatility can find a more moderate range at times.

Early Bitcoin price movements from 2010 to mid-2011 serve to prove this point. A lack of exchanges, liquidity and competition in the market, propelled Bitcoin prices to a high of $32 USD during the period, before the asset plunged almost 94% to $2 USD. No price crash has been as painful as thiseto one, or as insignificant in hindsight either.

But even as prices advanced and proselytizing drove thousands and thousands to the few exchanges that existed, exchange centralization and a lack of understanding of the underlying asset would result in what was probably the most infamous price crash to date.

What did we Learn from the Mt Gox hack?

This hack was significant because of the nature of Bitcoin’s growth leading up to it. Mt Gox was the leading exchange back then, with about 75% of Bitcoin’s trading volume at the time. Hackers stole approximately 850,000 coins, a USD equivalent of about $450 million at the time.

This exposed the following weaknesses in the system:

It took Bitcoin almost 4 years to get back to its all time high of $1,200 USD. When it did so in 2017, there were fundamental changes looming that threatened the project. SegWit and the disagreement about block size with an impending fork, pushed uncertainty to unprecedented levels.

Bitcoin forked, SegWit was implemented, Bitcoin Cash – BCH – was born (and so far, has failed to threaten Bitcoin’s dominance) and prices continued to rise, almost miraculously. That same year, around mid-December, Bitcoin prices hit a new all time high, coming in at just under $20,000 USD per coin.

Then, when everything seemed like it had stabilized and the internal disagreements were solved, investors cashed out. Bitcoin prices crashed to a low of around $3,000 and haven’t reached the $20,000 USD level again.

The closest they got were in July 2019, when prices hit the $13,000 USD mark. But optimism soon subsided, and Bitcoin dropped. It has been seesawing ever since, trying to sustain itself above the 5-figure mark.

Despite the fact that we are already 2 years and a few months removed from that $20,000 USD all time high, the good news is that Bitcoin prices have not regressed below that $3,000 low. Even during the bear market, Bitcoin held on, and it is now sitting 70% lower than where it was on December 2017, despite the Coronavirus pandemic that has thrown the global economy into disarray.

It seems that exogenous factors linked to general economic uncertainty have a limited effect on Bitcoin prices. This is great news for an asset that is supposed to provide people with a hedge from the perils of the fractional reserve banking system underpinned by fiat. Bitcoin in that sense, is showing resilience.

Long-time hodlers will concur. Bitcoin has always managed to bounce back to unprecedented highs, from unexpected price crashes. If history can somehow give us a glimpse of what the future holds, a six-figure Bitcoin price could well be in the cards if Bitcoin manages to weather the Coronavirus storm.

One thing will remain constant: volatility. Although it has been greatly reduced – Bitcoin price crashes seem to be progressively more moderate – volatility will continue to make it a high risk asset for those who are still looking for fiat profit in a system that was created to provide an alternative to the very currencies in which those profits are denominated.