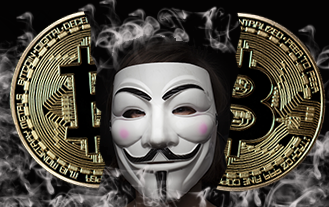 Bitmain came out today with its own plan to counter Bitcoin Core’s BIP148. In a blog post full of demeaning references to Bitcoin Core, Bitmain proposed a User Activated Hard Fork as a contingency plan for the User Activated Soft Fork that Core proposed. The Bitmain BIP148 UASF contingency plan, basically outlines a scheme to increase block size as a response to transaction issues on the network. The contingency plan contemplates the possibility of integrating SegWit at a later stage but does not commit to doing so.

SegWit enjoys broad support from many influential sectors in the Bitcoin community. Block size increases without SegWit activation seem to be less popular. Regardless of the support that there is for either solution, markets reacted swiftly to the Bitmain BIP148 UASF contingency plan. This is because it is a hard fork that is likely to create another version of bitcoin after August 1st. To be clear, the BIP148 UASF already forced the hand of the miners, and left no room for negotiation. Bitmain’s counter-measure however, just took bitcoin one step closer to a grim scenario and increased the degree of uncertainty. The markets reacted as expected. Price tumbled from a high of around $2,780 USD to a low of around $2,450 USD for the day according to Coinmarketcap.

What is at Stake with the Bitmain BIP148 UASF Contingency Plan?

It is impossible to know if the markets will shrug this one off and the price of bitcoin will climb back to the $2,700 USD area or even above in the time left before August 1st, 2017. The price of bitcoin and how the network will work after BIP148 is activated, is not entirely clear either. This is exactly what is at stake now that the Bitmain BIP148 UASF contingency plan is in place. No one knows if there will be enough mining power behind Core’s chain after the UASF. On the other hand, no one knows how many nodes will switch over to the chain with the bigger blocks that Bitmain proposes.

This situation creates at least as much opportunity for some as it creates uncertainty. If there are enough nodes on Bitcoin Core’s chain after August 1st but not enough miners, some users who have older mining equipment might be able to mine with it again and turn a small profit. If there are enough users – nodes – that opt to go for the post Bitmain BIP148 UASF contingency chain, then the miners who choose to mine on that chain will probably be able to earn more from fees until more miners join. There are also those reports about ASIC Boost, which would work with Bitmain’s plan but would not work on a chain that activates SegWit. That seems like a great incentive for miners to invest their processing power on a blockchain that is not committed to SegWit.

The Future Beyond Short-Term Opportunity

In any case, once the smoke clears, and the battle dies out, we may well have 2 different bitcoin networks with radically different solutions to the same problem. If it that sounds familiar, it is because there is a precedent in the world of cryptocurrency. The Ethereum Foundation solved the problem with the DAO smart contract bug through a bail-out. A minority of the network disagreed with that solution, arguing that blockchains must remain immutable and free from intervention by a central authority.

By the time the cannons were finally silent on that occasion, we had 2 different networks: Ethereum and Ethereum Classic. The price of Ether took a blow, but it recovered and surpassed its pre-DAO highs several times over. Classic Ether also grew and its price shot up to an all-time high of over $21 USD, which is above the pre-DAO price of Ether.

If Bitmain goes Nuclear, Seek Refuge in the Nearest Bunker!

The case of the Ethereum fork might give us some insight into how the post BIP148 bitcoin landscape might look like. Nevertheless, Ethereum did not have a market cap of more than $40 billion USD when it split. This exactly why the Bitmain BIP148 UASF contingency plan can be much more devastating. If the Bitmain BIP148 UASF contingency plan creates more uncertainty and the markets are reacting to it, users do not have to risk their capital. Bitcoin holders should draw a contingency plan of their own. If the split happens, and we are left with two different versions of bitcoin, it will always be possible to go into either version after the bloodbath. That is the key lesson we should all internalize to survive the potential destruction of our capital.