10 Years After: The Top 10 Cryptocurrencies By Year’s End

Take a look back at the cryptocurrencies that have occupied the top 10 spot since 2013 to illustrate how the market has developed. 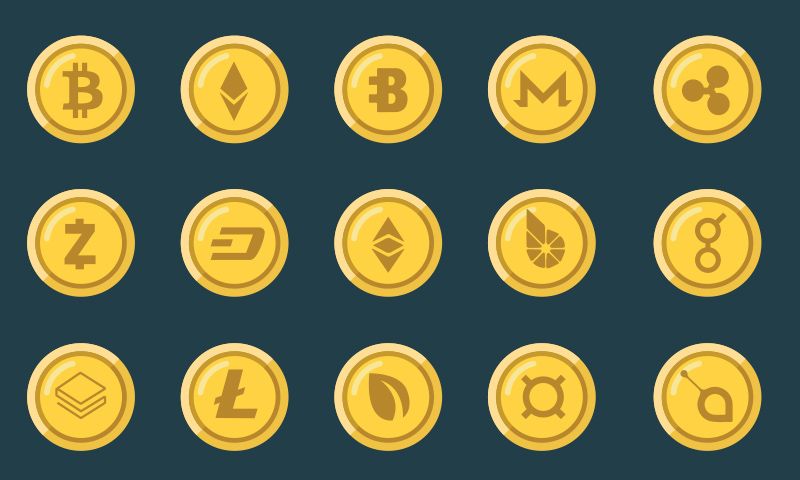 It is difficult to believe that Bitcoin’s white paper is almost 10 years old now. Since the mother of all cryptocurrencies came into the scene, thousands of projects have tried to replicate its success one way or another. Most have failed, but some have found a niche. As we approach the 4th quarter of 2019 with a somewhat stable Bitcoin price, we thought it would be interesting to take a look back at the cryptocurrencies that have occupied the top 10 spots each year since 2013, to illustrate how the market has developed.

Thanks to historical snapshots from coinmarketcap.com, we compiled some numbers to see if there was a story to tell. The story can be summarized in a single table. Spoiler alert: Despite abundant talk about “flippening” and all the cryptocurrencies that have been hyped especially during the last 3 years, Bitcoin was, is, and could well remain #1. The rest of the top 10 cryptocurrency rankings does paint a very interesting picture:

No matter the year nor the total market cap of cryptocurrencies, BTC has dominated. No other coin has come even close to dominating the market, and the closest any second largest coin has ever come to nabbing that #1 was Ripple (XRP) in 2014. Its market cap back then was 17% of Bitcoin’s. From then on Bitcoin has only become more dominant, with the second largest coin (Ripple) in 2017 having a market cap equal to about 10% of the total amount invested in cryptocurrency by the end of the year. In 2018 Ripple was ranked #2 again, but its share of total market cap by year’s end was oscillating between 11% and 12% of total market cap.

One Forked Coin Soared into the Top 10 Cryptocurrencies

Notably Bitcoin Cash, the most successful Bitcoin fork so far, closed in on third place by market cap in 2017 and 2018, making it the most successful fork in market terms so far. As of September 2019 it is still holding on to third. Last year and this year Bitcoin SV, a fork from Bitcoin Cash, found itself amongst the top 10 and is currently 9th in market cap. However, judging by the personal troubles of its creator and his dubious claims, it seems that Bitcoin SV could well drop out of the top 10 cryptocurrency chart in the future.

Ethereum has proven its value as a smart contract platform upon which many of the altcoins or tokens – those born during the ICO boom primarily – have been launched. This solidifies Ethereum’s position, although the latest admission of scaling issues and a probable delay of the switch to PoS could drag it down. Not to be discounted, Litecoin has remained amongst the top 10 cryptocurrencies since 2013. It delivers value as “silver to Bitcoin’s gold” and thanks to its integration of SegWit, users will be able to trade with it on the Lightning Network. This, along with the legacy of its brand will give it value.

Perhaps one of the most salient coins that has ever made it into the top 10 is Dogecoin, a coin born out of a meme that quickly rose in prominence. Some other coins that made the top 10 are IOTA (we are still waiting for news about its deals with Microsoft) Monero (with its open source, anti-ASIC, and privacy focused mining protocol), and in the past two years EOS and Tether (designed as a stable coin, albeit with shaky foundations).

We are looking forward to seeing what happens in Q4 of 2019 and which coins close the year in the top 10. This will allow us to infer what kind of asset the market is looking for. So far, Bitcoin has been reclaiming much of the market share that it lost over the past 2 or 3 years. Nevertheless, these rankings can tell us whether that situation keeps on developing or whether the market is looking for “scalable” versions of Bitcoin instead. Another trend to keep an eye on is the value of altcoins that offer different value propositions like: integration to banking networks (Ripple), smart contracts (Ethereum), alternatives to blockchain ledgers (IOTA with Tangle), stablecoins (Tether), or something completely new.

For further reference to how the top 10 cryptocurrency rankings have shifted over the last 6 years, here are some interesting tables:

*All the data was compiled from CoinMarketCap.com