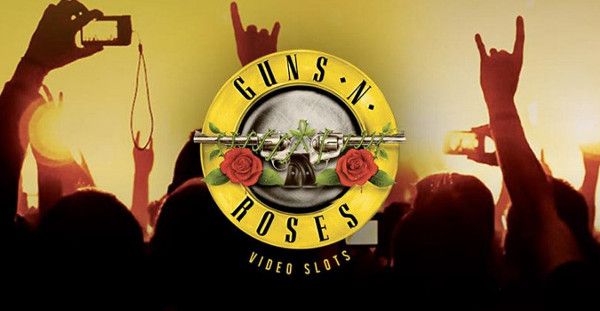 This one is for all the hard rockers out there who have been spurned by modern music moguls who churn out generic mass produced drivel. Guns n Roses is an award-winning NetEnt spectacle of a video slot that embraces the iconic band and what they stand for – ROCK N ROLL!

This 5 reel 20 payline slot is truly one of a kind, blending both the spectacle of the bands unique sound with a smorgasbord of features.The introduction is an arena with Sweet Child of Mine blaring away.

The graphics and music are jaw-dropping and set the scene for one of the most ambitious slots every designed.

The symbols in are the primary three band members: Axl Rose, Slash, and Duff. Joining the trio of rockers is a Gun’s n Roses symbol which is an expanding wild and substitutes for everything except bonus symbols. There are various album covers with an Appetite for Destruction symbol acting as a bonus wild. A host of other symbols are at play in this slot, but the last one of significance is a bonus vinyl record.

The standard Netent controls are flawless, and there is even a Setlist option where you can choose which music track to play. 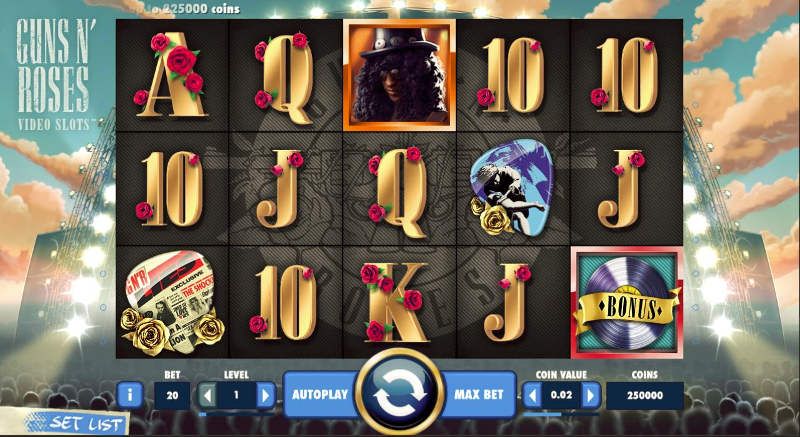 Guns n Roses is just as rocking and rolling on mobile as any other platform.

This game is astounding on many levels. Apart from the brilliant graphics and sound, it’s player rewards are incredible. The sheer enjoyment one has played this slot bears testament to the fact that NetEnt has raised the bar.

Where to Play Guns N’ Roses