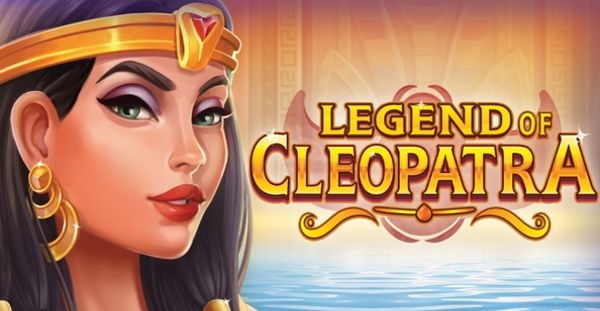 My honour was not yielded, but conquered merely” as said by the famous Cleopatra herself, so always remember that you may conquer the reels in glory on this slot, but you will never yield Cleopatra, especially when it comes to her generosity in this exquisite video slot. Playson’s Legend of Cleopatra has captured Cleopatra’s reign magnificently bring the Ancient Egypt theme to its knees. Prepare to bathe in the riches of the Kingdom of Egypt and claim more gold than you will know what to do with.

Playson have paid close attention to the tiniest of details making you feel as though you have been teleported to Ancient Egypt yourself, it’s as if Cleopatra is sitting next to you watching you spin the reels. Your bath of milk is waiting for you in the background and you may be just lucky enough to be sharing it with Cleopatra, but don’t be caught by Mark Anthony as you might just cause another scandalous affair that Egypt won’t be able to bare. Cleopatra will use the seductive sounds of Egypt combined with her beauty and charm to easily seduce you.6

Bathing with the Queen of the Reels

The Queen’s seduction begins as a 6x 2-3-3-4-5-5 reel and 100 both ways payline set up with her volatility at a medium level. Combinations of the same symbols on any of the 100 paylines are paid starting from the leftmost reel. Due to the reel mechanic used in Legend of Cleopatra, there are only 2 rows of symbols allowing 3 types of symbols to trigger a payout namely, 2 regular symbols and 1 wild. Do not despair as that is where the Double Wild feature comes into play or the collection of high paying symbols on the 6 varied reels across the multiple paylines can land you epic wins.

As Cleopatra famously stated, she wont be yielded but you have the opportunity to merely conquer the reels to gain the Kingdom’s riches and continue the Legend of Cleopatra. Playson have compiled a great Ancient Egypt themed slot with superb graphics and interesting gameplay. The added bonus features makes the game more alluring than bathing with Cleopatra herself.

Where to Play Legend of Cleopatra