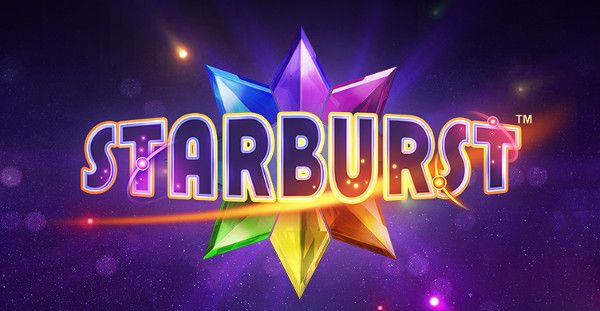 Take a walk into the edgy world of a video slot game that stays true to the fundamentals. Starburst is one of the most popular slot games out there because of its great attributes. This is a bright colored slot game that will keep players engaged through and through, with stellar – pun intended – visual and sound effects.

Starburst keeps the classic slot symbols, like the bar and the 7’s, while integrating a range of gems to its reels. It also has some interesting bonus features, along with its wild symbol, which appears quite frequently.

Apart from the game play, it is important to point out that this NetEnt slot is bitcoin friendly. Players who are looking for hybrid play can chose to spin either with their bitcoin or with traditional currency. This opens up a lot of opportunities for players to score a wide variety of wins.

Starburst’s simplicity allows players to follow quick, easy to figure out strategies. Players basically have just two variables to adjust: active pay lines and bet amount. For conservative players, who seek the classic Vegas high spin volume strategy, Starburst is a great game that will keep players engaged and pay handily when they score a win. Players who are willing to take the maximum risk possible and bet a lot on every spin, will find out that for all its simplicity, when the stakes are high Starburst can give anyone a shot of adrenaline.

Starburst offers one main bonus feature: the wild symbol. This symbol can only show up in the middle three reels. Once a single symbol appears on a reel, the whole reel turns into wild symbols, and the game goes into a re-spin mode. The reel on which the wild symbol showed up remains static during the re-spin, allowing the player to hit more wild symbols on other reels. If this happens, the game will trigger high payouts.

Starburst is clearly a great slot game with a lot of traction. NetEnt scored big time with it because it made it simple yet highly entertaining. Besides the glossy, charming graphics and soothing futuristic sound effects, this slot can keep players spinning for hours on end. It is easy to understand how it pays out, and players can chose to play with traditional currency or with bitcoin. So go ahead, chose your favorite currency and check it out!

Where to Play Starburst