This big news this week in the cryptocurrency world includes Gucci accepting ApeCoin in store and Solana hit by hackers. 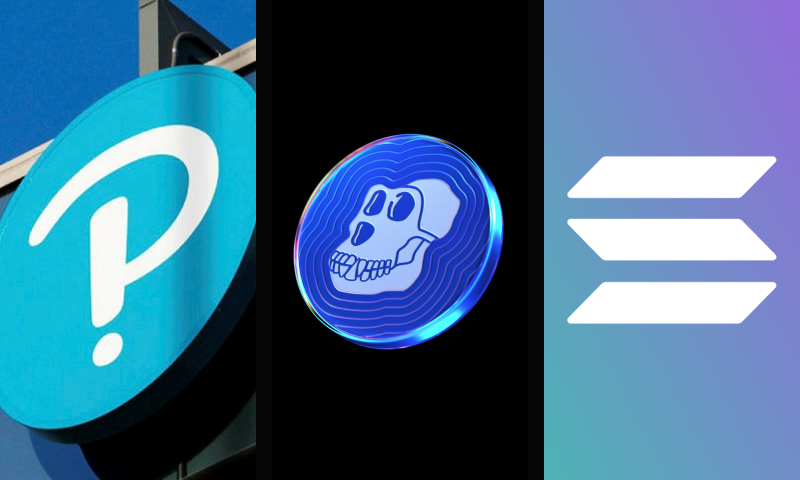 Another Week Another Bridge Exploit

On August 2nd, nearly $191 million USD worth of cryptocurrency, mainly in the form of WETH and WBTC, was stolen from the from the Nomad blockchain bridge in a mass attack. This attack was not synchronized, but it was instead conducted by hundreds of opportunists who saw the transaction data of the original hacker and then copy-pasted the code while only altering it to their own address instead of the attacker’s.

This does not reflect well on the cryptocurrency community who always maintained that the ‘blockchain protects individuals and is not used by criminal elements.’ Fortunately, though there were a few individuals who siphoned funds for altruistic purposes, such as this Twitter user who only siphoned funds with the intention of protecting them from adversaries who were actually stealing them.

His plans are to return the funds to Nomad, once the platform’s developers had come forward with a plan of action to both resolve the weakness and compensate the parties whose funds had been stolen.

Pearson To Sell Textbooks as NFTs

On August 2nd, Andy Bird, Pearson’s CEO, announced that Pearson’s had not only decided to move towards digitizing their textbooks, but to also sell them as NFTs. The purpose in doing so would be to ensure that they would be able to earn some profit as a percentage of its resale.

This will be a major step in the potential for widespread adoption and greater use-case implementation of NFTs, if this venture is successful. As the Guardian notes, NFTs thus far have mainly gained traction as a way for independent authors, artists and indie game developers to sell their works and to profit even from the resale. This could also help Pearson and other struggling book publishers to successfully transition into the digital age instead rather than filing for bankruptcy like other major bookstore franchises such as Borders and Waldenbooks did.

Read more on The Guardian

On August 3rd, Gucci tweeted that they would now be accepting ApeCoin (APE) payments via BitPay in select stores across the US for in-store purchases. As a coin holding the 31st rank in trade volume and for a major brand, this is significant. Especially since it is the first major retailer to do so.

The Italian Brand first began accepting cryptocurrency payments in their US stores in May this year.

On August 3rd, it was reported that several Solana-based dApps were being drained of their cryptocurrency and NFTs by two hacker addresses:

Although the developers of the affected dApps, platforms and other members of the crypto community were quick to alert others via social media, the damage was extensive. Around 7,770 wallets were drained in a matter of hours, mainly from Phantom and Slope, with a total value of over $190 million USD in crypto being stolen.

This attack came only a couple of days after a flash loan exploit saw $3.5 million USD worth of NIRV being drained from the platform.

BTC & ETH May Be Regulated as Commodities by CFTC

On August 3rd, a group of senators put forward a legislation bill that would give the Commodity Futures Trading Commission (CFTC) the task of overseeing Bitcoin (BTC) and Ethereum (ETH). The bill was authored by Sens. Debbie Stabenow and John Boozman, only mentions BTC and ETH, and lists them as commodities rather than securities. Although most of the authority would lie with the CFTC, the U.S. Securities and Exchange Commission (SEC) will still have some sway as well.

The goal in doing so is to help streamline the regulatory process from these cryptocurrencies, since the current state-level approach is scattered and difficult for developers and HODLers to adhere to.

On August 5th, three researchers from Jerusalem’s Hebrew University discovered an attacker protocol that could manipulate the blockchain’s consensus-protocol into generating consistently higher rewards for blocks mined by them than by other mining nodes on the platform. They have called this attacker ‘Uncle Maker.’

According to the paper, ‘This attack is novel in that it does not entail withholding blocks or any behavior which has a non-zero probability of earning less than mining honestly, in contrast with the existing literature. This risk-less attack relies instead on manipulating block timestamps, and carefully choosing whether and when to do so.’

This protocol therefore does not steal Ether or negatively impact honest miners beyond generating themselves a higher reward, although this could negatively impact them in diluting the pool with excess coins. What is also remarkable, is that this attacking protocol can also be applied to other blockchains. Some miners are hopeful that the switch to PoS with the upcoming Ethereum merge will resolve this issue. Others are less optimistic.

Blockchain Gaming is a Bull in a Bear Market

On August 6th, DappRadar reported that gaming platforms were responsible for 60% of July’s blockchain activity, averaging total transactions between around 1 million unique wallet addresses per day.  This accounted for a total transaction value of around $857 million USD during that month.

Additionally, most transactions were conducted by long-term users of the platform, which indicated genuine engagement on the gaming dApps, rather than fleeting interest.