We’ve got 5 MMO blockchain games for all of you to explore. All feature massive worlds for players to get lost in at their leisure. 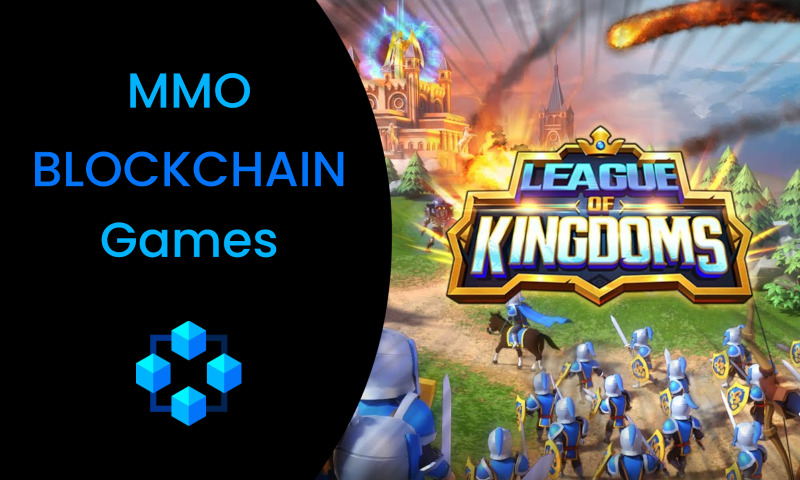 Massive Multiplayer Online Games (MMOs) are open-world games that allow thousands and sometimes even hundreds of thousands of players to create avatars that can engage and interact with one another on a single server. MMORPGs are a sup-category of MMOs that centre on social interactions over questing and combatting.

These types of games have often attracted underground exchanges of in-game items for real-world currency. Users who are caught participating in such trades would be permanently banned from the platform and lose all access to their in-game resources, regardless of how much time and money the account owner poured into the game over the years.

It makes sense then for MMOs to expand to blockchain, which ensures a player’s assets truly belong to them. Blockchain and NFT games also give players access to a real-world economy, when cryptocurrency earned from gameplay is exchanged for fiat. This behavior is not only permitted, but encouraged.

Pixels Online is a free-to-play (F2P) desktop-only blockchain MMORPG game that centers around farming your own plot of land, harvesting your produce and selling it at the market.

Pixels also allows you to explore a pixelated world in the style of old Gameboy games, while completing quests, leveling up skills, trading and interacting with other players and NPCs, among other activities.

You can walk around the Pixels world for free before you create an account to play, but you will not be able to collect objects or work on Barney’s farm.

Once you have created an account and selected one of six worlds, you will be taken to Barney’s farm where you will need to play through the tutorial that will explain to you how to farm, use the inventory and other necessary aspects that you will need to know before you go exploring the Pixel’s world.

In this game, you will be given daily quests, event quests and daily quests to fulfil by NPCs. You will not be given your own plot to start with but will need to earn Coin with which to buy your own small plot of land. This can be done by planting and growing crops in other player’s plots. A basic plot will cost 100 $BERRY. This is fairly easy to complete, as you can use your free starting seeds to plant and harvest some crops that you can then sell and use to buy more seeds and so on.

However, bigger plots of land will require Ethereum, as they are NFTs that the owner can actually utilize to be shared with other players for will generate rewards for the owner whenever they are used by other players. There are only 5,000 NFT plots available.

There are trash cans located throughout the world where you can discard unwanted items or scavenge for the discarded belongings of other players. In addition to tending your farm, you will also need to keep your avatar healthy by feeding it and giving it drinks. You can then sell your wares to acquire new tools such as axes and drills to perform a wider variety of actions and to acquire more materials with which to craft new items.

Your starting backpack only has 18 item slots, though you can carry multiples of one item. You can also learn and level up skills such as cooking, woodchopping and woodworking to learn how to create new items and unlock new skills. It is currently only available on Chrome, Firefox and Brave desktop browsers. Aside from Land, players can also opt to use an integrated Ethereum-based NFT avatar, which can be found here.

Beyond Earth Online (BEO) is a free play-to-earn open-world Sci-Fi MMORPG that launched as open beta on November 10, 2022. It is built on the Polygon Network blockchain and utilizes ERC-20 NFTs. Players are able to go on adventures, fight each other in space, trade property and create their own personal spaces.

It is important to note that players do not need a wallet to play Beyond Earth Online, as not all items are NFTs, and not all in-game currencies are crypto.

When you first begin, you will get to create up to five NFT avatars from a selection of five random choices. You can give each one a different username. Once you are done, you will receive a series of tutorial quests that will help you to become familiar with the (rather dilapidated) City of Vega and to acquire starting items, learn skills such as crafting, and get a sense of the gameplay.

Quests are granted by NPC characters. You can also form parties, join guilds and participate in limited-time events. Aside from Vega, there are portals taking you to other worlds, including those owned by other players.

The native token is called $BEO. This can be used to purchase NFTs in the game’s marketplace. One of the major NFTs that are part of the BEO metaverse are the 500m2 areas of in-game land that were sold as part of the crowdfunding phase.

The other major in-game currency is GOLD which can be earned and spent in-game. This will allow you to purchase mounts, vehicles, building equipment, furniture, landscaping items and other items. It can also be used to purchase $BEO.

League of Kingdoms is an free-to-play blockchain-based MMO strategy game that is built on the Ethereum blockchain. It originally launched in early 2020, and is centered around building up your kingdom in order to fight monsters, assist your allies in battle and to defend your kingdom against enemies. There is some aspect of world exploring in that you can exit your castle to seek out monsters, enemy kingdoms and resources, as well as visit other player’s lands.

The game begins with a tutorial that walks you through the fundamentals of the game, such as constructing and upgrading buildings, doing research, making alliances with other players, and other aspects.

As you upgrade your kingdom, you will fulfill quests that will further help you to upgrade your kingdom, in addition to receiving daily quests to fulfill. Certain assets, such as Land, breedable Drago defender NFTs, kingdom skins and others can only be purchased with the in-game cryptocurrency, $LOKA or through OpenSea.

The purpose in doing all of this is to strengthen your army and defenses so that you can protect your and other allied kingdoms from attacks by monsters and opposing alliances, join allies in fighting rival groups and venturing out to attack monsters and gather nearby resources. Fighting monsters and enemies will require action points, which you can either recharge with potions, or wait to recharge. If you don’t want to create an account to start with, you can also try out the game as a guest.

League of Kingdoms is available on desktop, android and iOS devices.

Lost Relics is an free play-to-earn action RPG (ARPG) with a fantasy theme that was initially released in May 2019 under the title ‘Forgotten Artifacts.’ It is built on the Ethereum blockchain, and features a lot of ‘hack and slash’ play.

You can explore the Lost Relics world, acquire quests and bounties from NPCs, go dungeon-crawling to fight monsters, and gather resources from your various encounters with monsters, treasure chests, and other aspects.

The entire game was remarkably built by one developer, Cliff Cawley, on the Enjin network.

When you start out, you will be in the main town, with your base located on the second floor of the Tavern. That is where you can store and equip all of your items. Most of the items found in the game are ERC-1155 NFT tokens, meaning that they can be traded or sold with other players for crypto, if you do not want to keep them yourself.

Mastering fighting mechanics is crucial to the gameplay, as a lot of the world exploration and item acquisition entails battling monsters. These items include skins, armor, pets, equipable items, crafting materials, and others. In the game, you will need to keep tabs on your energy levels, and level up your skills to progress.

The in-game currencies are gold and $ENJ. These can be used to purchase in-game items from the marketplace, or to trade directly with other players.

Lost Relics is currently only available on Windows and Mac.

Influence is a pay-to-play, play-to-earn sci-fi strategy MMO game that is built on the Ethereum blockchain. Players are tasked with colonizing asteroids and developing their empire.

There are 250,000 unique asteroids in the game, and each possess a unique combination of resources and potential bonuses. Players can begin playing for free on Adalia Prime, or they can purchase one of the limited number of asteroids.

Unfortunately, there is no tutorial to guide new Influence players, but you can read through the gameplay on their Wiki page. There are 6 rarity types of asteroids. These serve as the land in the game, where the players can mine resources, build their colonies, and trade with and fight against other players to gain influence.

There are five resources, namely Volatiles, Metals, Organics, Rare Earth, and Fissile as well as a variety of non-economic resources.

You are free to explore the asteroid belt and add unclaimed asteroids to your watchlist, but players can only actually enter orbit around the asteroid and begin operating with a ship. Players also need to acquire crewmates and have some ETH their wallet.

Influence can currently only be played on desktop.