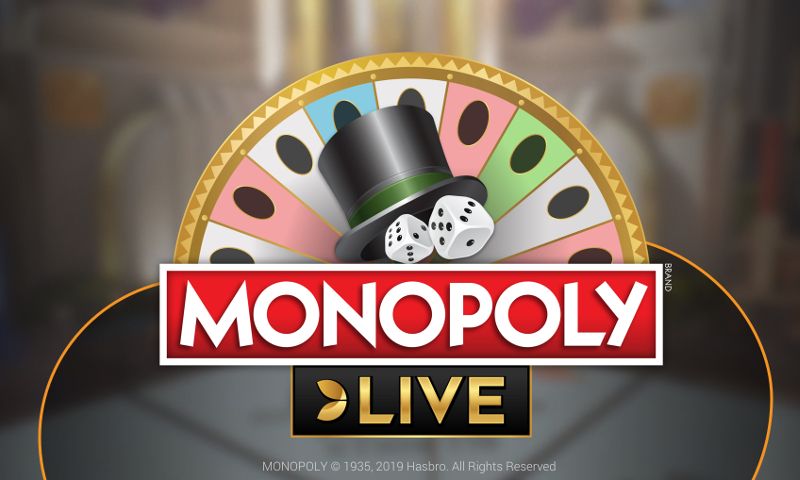 If you love to play live casino games then CloudBet has something special for you. The Bitcoin casino and sportsbook has just dropped two new special live casino games: Monopoly Live and Deal or No Deal Live.

The transformation of the world’s most popular board game Monopoly to a live casino game has been made possible by the collaboration between Hasbro and game designers Evolution Gaming. And it is now available at CloudBet casino.

The game is a special edition of the giant wheel-spinning Dream Catcher game, enhanced with the excitement and suspense of a game of Monopoly. The game combines an amazing 3D version of the classic board. And Mr Monopoly is there himself, 3D and lager-than-life, to walk you through the game.

A live host spins the giant wheel and players have to predict where the spinning will stop. Players can win if the wheel lands on a chosen number. Added to the winning possibilities is a ‘Chance’ segment which offer instant cash wins and multipliers. You also have the chance to land on ‘2 rolls’ or ‘4 rolls’ which activate the 3D Monopoly board, launching the bonus board game.

The gameplay is innovative, the payouts can be huge, and unlike when you play the real-life board game, absolutely everyone can be a winner when playing this game in Cloudbet’s Live Casino.

Deal or No Deal Live

Based on the wildly popular British TV show, Deal or No Deal Live is another unique live casino game now on offer at Cloudbet. Like Monopoly Live, this game has been brought to life by Evolution Gaming in partnership with the TV show’s creators.

“Deal or No Deal Live is a unique, multi-layered live game that allows an unlimited number of online players to play and deal for a top cash prize.”

16 closed briefcases, all identical, include a mysterious value of money available to win if you pick wisely.

Before entering the live game, there is a qualifying round to play. This includes spinning a three-reel vault which results in a random multiplier of between 5x and 50x being added to the prize money of the jackpot briefcase. There is then another chance to increase the value in the other 15 briefcases.

Then you goto onto the main show with a live dealer taking you through the game. Players open the 16 briefcases one by one, revealing the prizes. Number 1 – 16, the lower the number the better the prize, with one containing the jackpot. The goal is for players to pick the briefcase with the biggest value possible.

Adding to this excitement is ‘the Banker’ – a mysterious figure who negotiates with the player. Between tyurns of opening briefcases, the Banker will offer a deal to the player which they may take rather than opening any other briefcase. Or a player can say ‘no deal’ to the Banker, and continue with the game with the chance of winning bigger prizes.

Both Monopoly Live and Deal or No Deal Live are available 24/7 at Cloudbet casino. And of course they are supported on all devices, meaning you can play on your phone, tablet, or PC.

Unlike the slot games available at Cloudbet, Monopoly Live and Deal or No Deal Live require a deposit to play – there are no free trials.

These are just two of the newest additions to Cloudbet’s impressive array of live games, which also include table games like roulette, blackjack, and baccarat. There is also other special games like Football Studio, a soccer focused card game, and big-wheel spinning Dream Catcher.

Cloudbet offer a 100% welcome bonus up to 5 Bitcoin (BTC) for new players. They also offer a long running VIP program which comes with higher limits, fast withdrawals, and big bonuses.