The Backbone Of the Bitcoin Economy

Consumers are the backbone of the Bitcoin economy, yet they do not get the kind of attention from the media that Bitcoin critics, CME futures trading and scaling debates get. It is time for that to change. 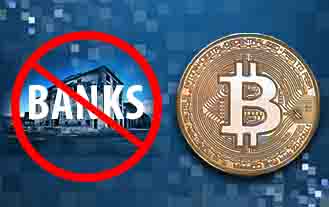 While news outlets focus on the projected launch of CME Bitcoin futures in 3 weeks, it is easy to lose sight of what the Bitcoin economy actually looks like and how it is growing. CME futures trading will have an impact on the price and volatility of the asset, but it is not necessarily the only factor driving prices up now. The backbone of the bitcoin economy is not futures trading; what consumers do with their coins is, and on that front, despite the scaling debates, Bitcoin adoption seems to be rising.

Venezuela and Zimbabwe Aside…

Bitcoin critics like Jamie Dimon, have said that there is no real use for Bitcoin unless you are in Venezuela or in Zimbabwe. Consumers world-wide have proven these assessments wrong. In South Korea, 620 stores at Goto Mall now accept Bitcoin. In Japan stores have also been adding Bitcoin payments since the Japanese government introduced Bitcoin-related regulation a few months ago. Now in Israel, a new web page allows people to offer all kinds of used goods and even services in exchange for Bitcoin payments. Venezuela and Zimbabwe aside, it seems the backbone of the Bitcoin economy is getting stronger.

The growing backbone of the Bitcoin economy also serves to introduce some nuance into the scaling debates that resulted in the Bitcoin Cash fork. Without looking at transaction volumes, it seems that Bitcoin adoption is progressing beyond those stores in South Korea and Japan. Stores that accept Bitcoin payments could survive without getting a single BTC payment ever, but websites dedicated to the exchange of goods and services that are based on payments with this digital asset, wouldn’t be able to survive under the same circumstances.

As CME Futures Trading Nears, the Backbone of the Bitcoin Economy Strengthens

Now, as CME futures trading nears, and prices react to the news, we might see more people willing to sell or buy goods and services for Bitcoin, joining the BTC economy. That could put a strain on the network, flooding the mempool with transactions. There is no doubt that the scaling debate will focus on that kind of pressure on the network, but the focus should also be on the strengthening of the backbone of the Bitcoin economy and its impact on the value of the asset – not necessarily the price. The role of Bitcoin critics, CME futures trading and scalability is widely acknowledged. It is time to acknowledge the role of the consumer as well.