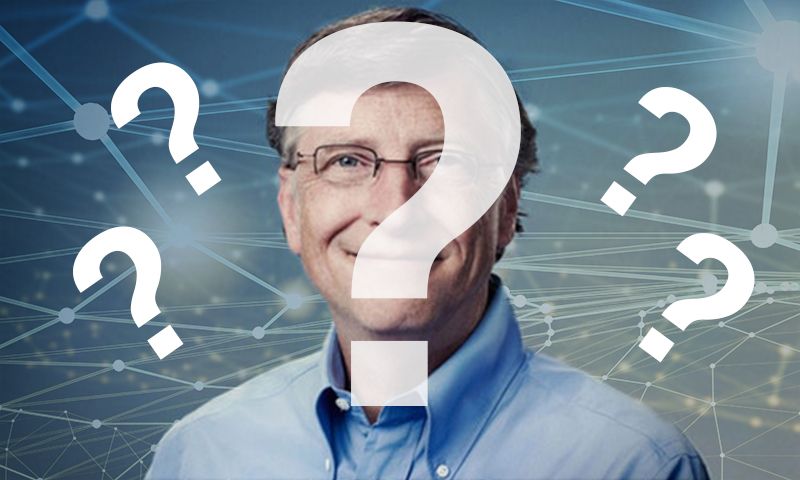 On the AMA – Ask Me Anything – sub-reddits, there was a critical comment about Bitcoin that caught the attention of the community. It was a post by Bill Gates, stating that “The anonymity of cryptocurrency is not a good thing”. He shed a light on the use of cryptocurrency to buy fentanyl and drugs which has caused deaths, seemingly blaming Bitcoin and other cryptocurrencies directly. Gates also emphasized that the increasing use of cryptocurrencies creates problems for law enforcement in their fight against money laundering and tax evasion. Fentanyl is a powerful opioid that is fueling an epidemic of overdoses in North America and elsewhere, and there is a chance people use cryptocurrency to acquire it. But they also use government-issued fiat for the same purposes. It is the same with money laundering and tax evasion.

Bitcoin might be a tool, but fiat is by far the tool of choice for money laundering, tax evasion and drug trade. Nevertheless, Bill Gates seems to think that cryptocurrency is potentially more dangerous. These are his latest comments: “The main feature of cryptocurrencies is their anonymity. I don’t think this is a good thing. The Government’s ability to find money laundering and tax evasion and terrorist funding is a good thing. Right now, cryptocurrencies are used for buying fentanyl and other drugs, so it is a rare technology that has caused deaths in a fairly direct way.”

With this, he warned investors and cryptocurrency users against investing in cryptocurrencies like Bitcoin. However, this is not the first-time Gates talks about Bitcoin. Gates is on record calling it a “techno tour de force.” His most recent statement seems to be out of line with his previous statements on cryptocurrency. Gates deemed Bitcoin better than other currencies available in June 2017. His latest comments on Bitcoin have to do with the misuse of cryptocurrency by individuals.

Bill Gates Recognizes the Shortcomings of Fiat as Well

Gates also pointed out the potential danger in the use of cash for these purposes. Nevertheless, he sustains that anonymous cryptocurrencies are more efficient when it comes to criminal activity: “Yes – anonymous cash is used for these kinds of things but you have to be physically present to transfer it which makes things like kidnapping payments more difficult,” commented Gates.

In fact, Gates’ comment on kidnappings are true. For instance, it is easy to collect a ransom from someone at a distance, without exposing yourself using cryptocurrency. Hackers have also turned thousands of computers into botnets to mine for Bitcoin and other cryptocurrencies, holding other people’s computers hostage for their own benefit. Moreover, now there is a real threat of violence against Bitcoin holders that authorities cannot prevent or fight – Jameson Lopp for instance, decided to “protect his software with hardware” and posted a clip of him firing an AR-15 at a target, in a visible show of force for deterrence purposes.

Nevertheless, these are all problems that precede the rise of Bitcoin, and there is no evidence to support that they have become more acute with the advent of Bitcoin. This puts Gates’ comments in a whole new category. It is surprising that a leader from the high-tech industry who has had positive things to say about cryptocurrencies and their technology, would join a cohort of older business people who are clear guardians of the status quo like his friend Warren Buffett. This US billionaire has expressed his concerns about Bitcoin in the past. Just a few weeks ago he said that “the craze of Bitcoin will not end well”.

Buffet was referring more to speculation and the volatile prices of cryptocurrencies. He did not speak about the potential of using Bitcoin and other cryptocurrencies to commit crimes like Bill Gates did. Nevertheless, the effect is the same. Those comments cast these 2 business leaders as guardians of an old order. That is the same old order that has failed time and again to address the shortcomings of the system they made their fortunes in. Therefore, these comments, despite the obvious cognitive dissonance, should be taken as a measure of Bitcoin’s success. Nothing in this world is perfect. New technology brings with it new challenges that must be addressed but saying that it enables criminal activity is a way to deflect responsibility. The criminals were there long before Bitcoin was created, so the problem is not technology.