Google joins Facebook in banning cryptocurrency related ads. The blanket ban shook the markets and it makes it seem like Bitcoin is the centralized internet giants’ boogeyman 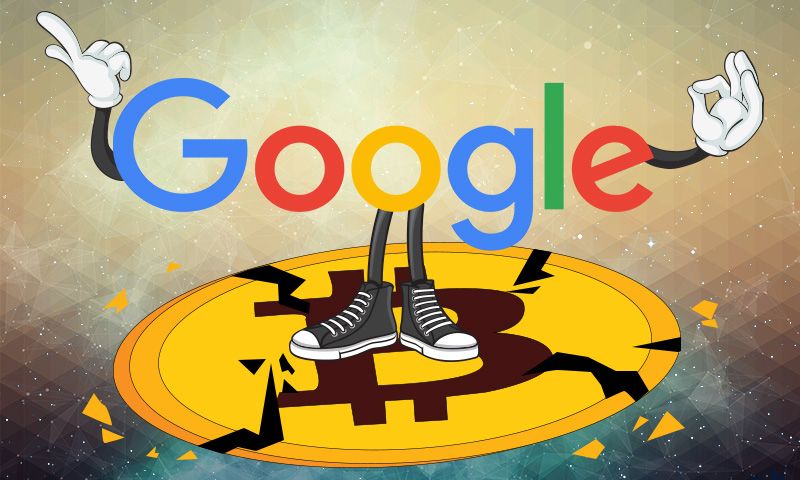 Bitcoin Down, but Far from Being Out!

Bitcoin prices dropped to a multi-week low following the Google ban. Other cryptocurrency assets followed suit, with markets losing as much as $60 billion USD in 24 hours. Bitcoin prices reached a 1 month low of $7,800 USD in the wake of the Google ban. Nevertheless, the fall seems to have stopped for now at least, although a robust recovery is not on the horizon. Bitcoin and other cryptocurrency prices seem to be more affected by exogenous factors than endogenous ones.

Google and Friends Gang Up on Bitcoin

A series of blows from a wide variety of mainstream actors have also strengthened the blow from this Google ban. Regulators, world leaders and other corporate giants seem intent on slowing the first widely adopted vehicle of decentralization. ICOs seem to be giving them a pretext to exert pressure on the whole market. Bitcoin and other decentralized platforms threaten the status quo, by empowering individuals and making them more conscious about their privacy for example. This is bad for companies like Google and Facebook which thrive on monetizing the personal data of their users.

On the other hand, governments could pressure these internet giants to ban ICO and cryptocurrency related ads in any case, given their push for greater regulation. Nevertheless, a blanket ban on cryptocurrency promotion might show that Google and Facebook are just taking advantage of the current climate to clear the path for their own purposes. Facebook for instance, has already deployed its own payment platform through its messenger. Google has an electronic wallet of its own, so having a pretext to get rid of the competition is always great.

Nevertheless, enforcing a widespread ban on Bitcoin and other cryptocurrency ads, might not be effective. There are reports of ICO and cryptocurrency ads on Facebook despite the ban. Anyone could, for instance, promote Bitc0in or Bitcoïn and surpass Facebook’s filter. Private posts from influential users as well as Google searches for cryptocurrency related websites would also be impossible to stop, creating a different market for promotional content on both platforms.

These bans might also accelerate the pace of development on decentralized search engine and social media platform alternatives. Ultimately, Bitcoin and other cryptocurrencies have grown thanks to popular demand more than promotion. If there are enough people out there looking for an alternative, it will be developed sooner or later. So apart from being ineffective, Google’s ban on Bitcoin ads might even be counter-productive. Time will tell!