Kenya is one of the first players in the African crypto market enter the Bitcoin ATM Machine era. The new Bitcoin ATM facilitates Bitcoin and Litecoin purchases using cash for Kenyans. 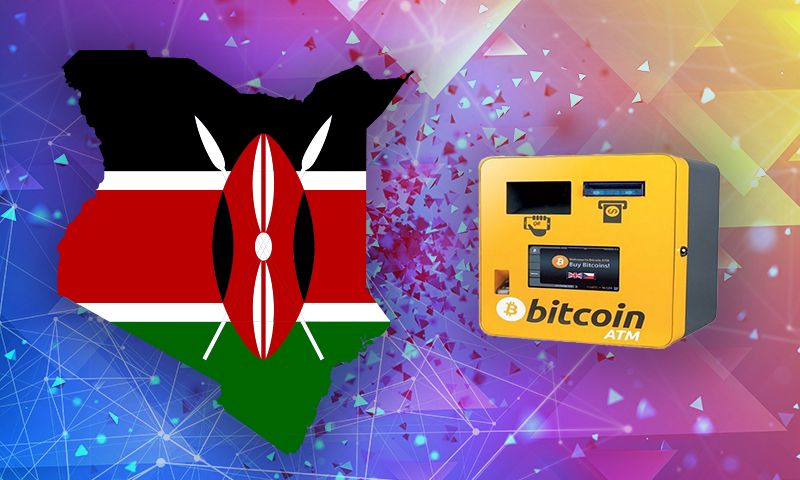 Kenya is one of the first players in the African crypto market enter the Bitcoin ATM Machine era. The new Bitcoin ATM is an initiative by Kenya’s Fintech startup, Bitclub which facilitates Bitcoin and Litecoin purchases using cash for Kenyans. The Bitcoin ATM will have a minimum of $5 USD or equivalent in Kenyan Shillings to buy coins.

How to purchase Bitcoin using cash at ATM?

This Bitcoin ATM in East Africa point towards the potential for cryptocurrency in Kenya and the region. Using the ATM will also serve to give more Bitcoin access to Kenyans without going to an exchange. To purchase Bitcoin, people can simply deposit cash into the ATM and scan the wallet’s QR code through their smartphones. Following this, they will be asked to enter the confirmation code sent to their phone. Bitcoin will be automatically transferred to the address scanned on the Bitcoin ATM.

Withdrawals are just as easy. People get an address to deposit to on the ATM’s screen. They can scan the QR code with their phones and transfer to that address. The ATM will issue a code to that person, and once the blockchain confirms the transaction, the person will be able to come back to the ATM, put their code on the machine and get their cash. The ATM will always disclose an exchange rate before any operation is done.

Exchange Rates on Bitcoin ATM’s Tend to be Higher

Nevertheless, ATMs make the transaction simple and convenient. Wangechi Kariuki, a Bitcoin entrepreneur at Bitclub says: “The transaction is simple, taking less than two minutes; You can get as many Bitcoins as the value of your cash.” Bitcoins function just like the loyalty points we earn from shopping at supermarkets or the reward points we get from talk time. You can also use them to buy goods or pay for services.”

Reducing the Exchange Rate and Eliminating the Risk

According to reports, the firm is in talks with Safaricom, Kenya’s largest telecommunications company to integrate M-Pesa a payment option on the Bitcoin ATM to reduce the higher exchange rates. In the meantime, Bitcoin ATMs like the one installed in Kenya, will eliminate the risk of dealing with cryptocurrencies in Africa.

The growth of cryptocurrency is seen as a driver of innovation in Kenya. According to Patrick Njoroge, Governor of the Central Bank of Kenya appears to have encouraging words for Bitcoin. He said: “Let us understand the opportunities, the pros, and cons that cryptocurrencies bring along before we fully plunge along. We are not anti-innovation, we are not anti-cryptocurrency. We support innovation but are concerned about the impact on financial instability and the inherent risks.”

While speaking about the online hacks in cryptocurrency market, Ms. Kariuki suggests users have second layer security to safeguard the digital assets against the hackers. She says that “As long as you’re transacting online, there will always be the issue of vulnerability. Users need to make sure that they have second layer security to safeguard against hackers and do background checks on the people they transact with. Every user has a profile showing the number of transactions he’s has undertaken and the ratings he has received.”

Kenya is a Trail Blazer

These comments from the governor of the central bank in Kenya are as encouraging as the opening of the first Bitcoin ATM in the country. Kenya is a wonderful place to test these systems. The country is already well-known for being a pioneer in mobile banking. Now it is Bitcoin’s turn to make its mark on the country and benefit from Kenya’s creative spirit.