Just like a giant Ouroboros, the recent cryptocurrency and ICO ad ban from Mail Chimp, Twitter and LinkedIn will cause these web 2.0 giants to eat themselves up 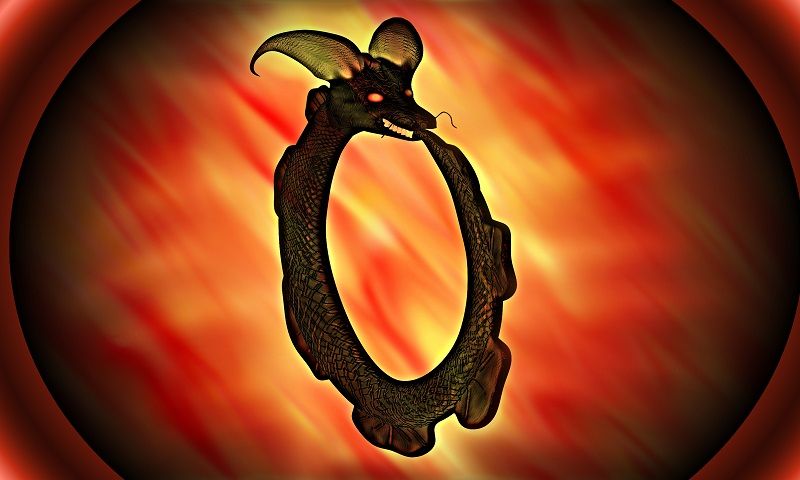 As regulatory pressures mount, web 2.0 companies continue to ban cryptocurrency ads. LinkedIn, Twitter and Mail Chimp are following in Google and Facebook’s footsteps, banning cryptocurrency advertisement. Their moves could be designed to preempt any clear policy from regulators. Some governments have already signaled that they would pressure these web 2.0 giants on the issue. Nevertheless, all these bans look more like a last ditched effort to save a business model that web 3.0 – with blockchain tech and Dapps leading the way – could easily transform, giving users control over the revenue stream their content generates. That is, if the ad bans themselves don’t end up backfiring and transferring part of the revenue that these companies are forgoing with their ad bans, directly to their users.

Web 2.0 relies on commandeering user-generated content and user data to generate a revenue stream. In exchange for surrendering their content and data to these web 2.0 companies, users get a service that appears to be free. Banning cryptocurrency advertisement makes sense for all these companies that one day could be replaced by decentralized alternatives. In that sense, LinkedIn, Twitter and Mail Chimp are probably using regulatory fears as an excuse to take preemptive actions. Nevertheless, it seems that there is one line these web 2.0 companies will not cross: They will not ban user generated content about cryptocurrencies on their platforms, at least for now.

Banning paid cryptocurrency advertising on platforms like LinkedIn and Twitter or banning advertisement of companies that are involved directly with the “…promotion, sale, exchange, storage, or marketing of cryptocurrencies” like Mail Chimp declared, doesn’t really stop the activity; it just transforms it. Actually, it might serve to defeat the commandeering of revenue from user-generated content insofar as the cryptocurrency industry goes. As long as these platforms don’t censor cryptocurrency-related content from users – which they seem reluctant to do, even when it comes to the promotion of content that could encourage terrorist acts – influencers will capture part of the ad revenue these companies are forgoing with their ad bans.

How Much Will an ICO Pay for a Tweet, LinkedIn Post, or an Email with a Link to an “Opinion Article”?

ICOs looking to promote their activity on Twitter, LinkedIn or through mailing lists with Mail Chimp – as well as on Facebook – will be able to pay influencers to produce specially-tailored content that can easily pass as an opinion. Freedom of speech is a powerful tool, especially when it can be monetized, circumventing the advertisement policies these platforms are implementing, using thinly veiled promotional content framed as an opinion.

Therefore, this recent ad ban will not succeed in stopping the promotion of ICOs and cryptocurrencies or activity related to them on the platforms that ban them. The regulators these web 2.0 companies might be trying to “preempt” will not be able to stomp promotion out on these platforms either. ICOs and cryptocurrency promoters will start paying directly for Tweets, LinkedIn posts and “opinion article” dissemination through mail lists on Mail Chimp. All these web 2.0 companies will still contribute to their own downfall; cryptocurrency enthusiasts will keep on using those platforms to promote alternatives.