PR: ICO HeadStart, the “Kickstarter” for Pre-ICOs, Raises $10.8 Million in First Weekend of Its ICO Pre-Sale

Backers purchasing the MOAT (Mother of all tokens), have already contributed over $2 million in digital currency, while the remaining $8.85 million came from angel investors. 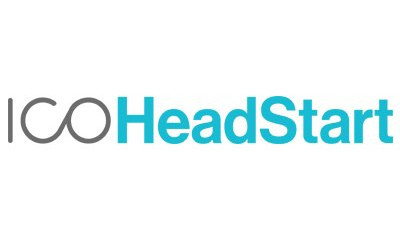 AMSTERDAM – ICO HeadStart, the “Kickstarter” fundraising platform for pre-ICO and ICO companies, announces today that in the first weekend of its public ICO pre-sale, the company has already successfully raised $10.8 million. Backers purchasing the MOAT (Mother of all tokens), have already contributed over $2 million in digital currency, while the remaining $8.85 million came from angel investors. ICO HeadStart aimed to raise $10 million total in its pre-sale, and are thrilled to have already surpassed this goal in the first weekend.

ICO HeadStart is the first and safest fundraising platform that lists only the most promising ICOs, that have been thoroughly screened, selected and certified with the ‘ICO HeadStart Seal of Approval’. Instead of potential backers having to do their due diligence, the platform does it for them. The platform’s unparalleled ICOnomy allows ICO HeadStart to provide its community with 100% profit sharing.

ICO HeadStart is headquartered in the Netherlands. Amsterdam is quickly emerging as one of the blockchain capitals of the world. The ICO HeadStart pre-ICO will last until the 20th of December at 12:00 PM GMT+1.

‘’We are amazed and thankful for the trust and enthusiasm which we have received from our community. This has resulted in sufficient funds to start executing our plans. We invite every blockchain enthusiast to join our community,” said Nawid Habib, Founder of ICO Headstart

ICO HeadStart is the first fundraising platform where backers and project creators pay 0% fee without any additional costs. The platform lists only the best and most promising ICOs which are thoroughly screened, selected and certified with the ICO HeadStart Seal of Approval. ICO HeadStart’s unparalleled ecosystem allows us to provide our community with 100% profit sharing.