Peerity has created a platform that will allow you to connect, create and contribute without being exposed to data mining and ads. 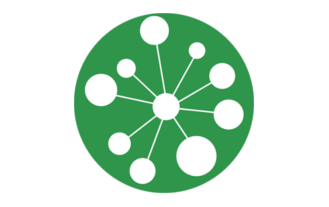 Peerity has created a platform that will allow you to connect, create and contribute without being exposed to data mining and ads. Apart from respecting your privacy and copyrights, this social network rewards constructive and prosocial behavior to help build communities, improve social interactions, and increase the quality of the content. They also plan to host offline events and enable more meaningful connections between users, more like in real life.

Peerity tokens called PEER will reward communities and users depending on their contributions, and will allow members to upvote platform features and community initiatives. Tokens will also work as an in-platform currency to tip other users, join fundraisers, or buy products.

The founders of Peerity feel strongly about promoting distributed and democratic social media, and putting users back in control of their data, their content, and the future of the platform.

Anna would love to be a full-time painter, but it’s difficult to make a living as an artist. She shares her artwork on Instagram and Etsy and works part-time as a waitress.

One day Anna hears about Peerity and their reward system for creatives. Could that give her the extra boost she needs to quit her day job?

She makes an account, joins artist and art-fans groups, and starts sharing her work. The feedback is increasingly positive with token rewards coming in for her input and activity. She gets tips from other community members and lets her fans crowdfund her next projects.

Finally, a few months in Anna is ready to open her e-shop and organize a Peerity offline event, an art exposition with an auction of her paintings. It’s a nice way to meet her local supporters and let everyone earn tokens for participation.

Thanks to Peerity Anna can now do what she loves full-time. The platform not only helps achieve her dreams but lets her connect with talented and supportive people all around the world.

But under the hood the network runs on a blockchain solution called Tendermint consensus.

What it means is that cryptocurrency token called PEER can be continuously produced or ‘minted’ in the peer-to-peer nodes, depending on the platform activity.

The more users are active on Peerity, the more communication there is in between the nodes, and the more tokens can be created. These tokens are then distributed to keep the platform running (40%) and reward the users (60%).

Out of the 40% used for running the platform only 5% covers the costs of upkeep and maintenance, with all records available to the community. The rest is supporting the node server operators and delegators (30%), and covering the stake pool (5%).

Peerity users can also opt to become approved Peer server operators or delegators, and they can offer web services (image rendering, cloud storage, etc.) in exchange for extra tokens. Eventually Peerity want’s to become a platform run by users for users without the middle med calling the shots.

The idea of Peerity evolved as a natural answer to real problems the founders and their friends experienced on the social web and alt-platforms. Peerity solutions and algorithms tackle those technological, structural and ideological problems head-on, learning thoroughly from mistakes of their predecessors.

Peerity is not only about respect for your privacy, copyrights and your choices. It’s also meant to help users rediscover meaningful and positive human connections online and offline. The team strongly believes in a life improving potential of the distributed and democratic social media, where everyone can contribute, build something meaningful and inspire change.

Peerity founders come from all continents and various technical backgrounds. They think of the platform as based all around the world, the future users soon to be involved in voting, building and managing their groups and the network.

Core team’s complementary strengths and skillsets make Peerity diverse enough to meet the needs of entrepreneurs, artists, early adopters, and crypto-fans alike. But it’s not just about creating a functional platform fueled by a crypto technology. The founders are on the mission to completely disrupt the social landscape and successfully democratize the social web.

Right now, the platform has completed the architecture and proof-of-concept stages and is preparing for the launch of the invite-only Alpha test-net end of 2017, quickly followed by a Beta testing in early 2018.

The main crowd-sale will open on the 1st Feb 2018, and offer further 60million tokens at 30-40c per token. The project aims to gather a minimum of $1million with a hard cap is set at $36million.

Read our interview with Peerity here.