What Is An Auction Lobby? 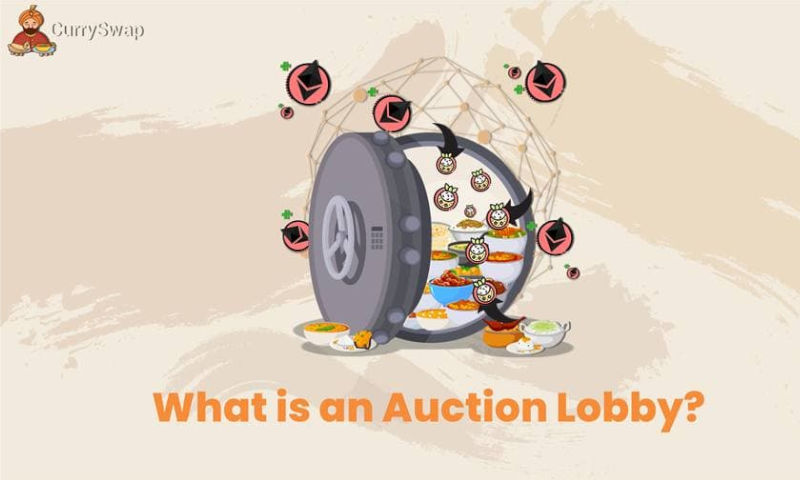 If you’ve been around the crypto and DeFi space recently it is likely that you’ve come across auction lobbies. But what are they and how do they work? We’re going to cover all this for you here, including some examples of leading auction lobbies that you may have missed.

What Is An Auction Lobby?

Let’s start at the beginning. An auction lobby is a term for a feature in the yield farming space. No surprises here, but it involves an auction where a predetermined pool of the platform’s tokens are put up on offer and users can bid to buy them. Each day the token pool will decrease, usually over a period of a year. Users will typically use another cryptocurrency, usually one of the top ten cryptos based on market cap, to bid with and will earn tokens in proportion to their bid. I.e. if you were one of three bidders on a certain day and your bid accounted for 70% of the bids made, you will receive 70% of the tokens in the pool for that day.

In return they will receive the platform’s token. Each auction lobby is different, however generally funds received through the auction are then distributed to holders staking the token, distributed evenly.

Why Are Auction Lobbies Valuable?

There are a number of reasons why auction lobbies are valuable, with some similarities to regular auctions. Oftentimes the token is either only available through the token lobby (i.e. cannot be bought through an exchange or alternative avenue). Alternatively, through the auction process, traders might be able to bag the tokens at a cheaper rate, depending on the activities within a certain timeframe. As previously mentioned, bidders receive tokens in proportion to how much they bid, so if you make a large bid you could be walking away with many more tokens than anticipated.

Auction lobbies are also valuable to the users of the platform staking the token. As with staking, the more you stake the more you set to make. If a user has a large stake of the token on sale in a wallet or the platform’s farm, the user sets to make considerable gains if the auction lobby’s earnings are evenly distributed among the stakers.

While the auction lobby space is still relatively small, there have been a number of successful auction lobbies to date, Hex being the most prominent. Hex, Axion, and T2X

Watch Out For CurrySwap Auction Lobby

After a highly successful yield farming event, CurrySwap has caught the eye of many savvy investors. The platform is relatively new to the game, but is an entire ecosystem that is built around building returns. Their auction is set to launch soon and we’re definitely keeping an eye on it.

Each day a set amount of CURRY tokens will enter the auction lobby, allowing users to bid ETH in order to accumulate them. Based on the number of bids that day, the pool of tokens will be divided equally proportioned to the bids made. Each day the number of tokens available in the auction lobby pool will decrease, continuing on for 365 days. The ETH earned is then distributed and paid as dividends to the users staking CURRY in the Food Vault. Users who accumulate CURRY tokens through the auction lobby are then welcome to stake their tokens and increase their gains.

As promised we’ve covered what is an auction lobby, why they are valuable and which ones have been successful. If auction lobbies sound up your alley, be sure to keep an eye on the CurrySwap website or join their community. Welcome to the future of a rapidly innovating DeFi industry.