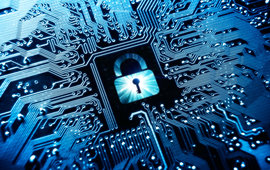 A report has surfaced from late last week that a man was robbed of his Bitcoins at gunpoint on the streets of New York City. The victim, a man from the Crown Heights neighborhood, was taken for $1,100 worth of his Bitcoins last month after an in-person Bitcoin exchange went south.

Details from the report explain that the victim arranged via Craigslist to meet up with another person to sell his Bitcoins, was led to a vehicle in order to complete the transaction and was then forced, at gun point, to transfer the coins to the two individuals who were present.

While this is certainly no laughing matter, Bitcoin crimes such as this one could be a sign that the cryptocurrency is moving into the mainstream. In all seriousness however, this unfortunate event is one of the main expressions of Bitcoin’s status as a double-edged sword. The Bitcoin community craves its anonymity and closeness, but when attempting to complete a transaction in person, a crime is the result.

There are definitely countless reputable Bitcoin owners out there, such as many of the inidivuals on LocalBitcoins.com, but there are also plenty of people who are looking to ensure that the nearly untraceable currency will find its way into their wallets. For a list of very secure and reputable Bitcoin exchanges, check out our list here.

This is a terrible incident to have happened, but it’s also the price that comes with a decentralized currency. And as the following comic shows, maybe this Bitcoin theft is the future of mugging, as Bitcoin is the future of money.