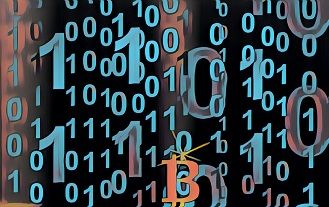 Just 2 days ago, cryptocurrency markets welcomed their latest addition. Bitcoin Cash – BCH – emerged from a split in the traditional Bitcoin network, which is now on its way to upgrade to SegWit. Those who were in favor of scaling through bigger blocks, forked bitcoin at block 478558 to create BCH. Bitcoin Cash is set to have 8mb blocks, but apart from the politics and the technical issues, bitcoin holders were in for a treat. The Bitcoin Cash fork provided free bitcoin, albeit a different version of it, to those who could claim it.

Claiming your Free Bitcoin After the Bitcoin Cash Fork

Don’t have to believe in Bitcoin Cash, Just Get your Free Money!

Anyone who has their coins in a wallet or exchange that allows them to split, should contact the wallet or service to understand how to do so safely. Once they do, those who can should claim their free Bitcoin Cash regardless of whether they believe in it or not. Getting free money should be enough to get anyone to forget their political/technical/philosophical position. After all, eventually Bitcoin Cash could stabilize and become an openly traded cryptocurrency on some of the most popular cryptocurrency exchanges.

At that point, holders will be able to just buy more bitcoin with their BCH, so it is pointless to let this opportunity to get free bitcoin pass. For all intents and purposes, BCH can be just like Byteball and Stellar Lumens, both of which bitcoin holders can get for free. After claiming those free altcoins, they can either hold or sell and buy more bitcoin. That is why we are labeling this as another opportunity to get free bitcoin.

Those who can claim their Bitcoin Cash and do so safely, could also decide to hold it. The price of BCH has been showing some potential over the last 2 days. Although the price is down from its peak of around $700 USD – according to Coinmarketcap – the coins are still trading above the $400 USD level. This is despite all the notable trading problems and reports of mining centralization, so BCH might rise in the future. For the time being, it is the youngest cryptocurrency in the top 5 in terms of market cap, surpassing Ripple’s market cap by about $1 billion USD.

Watch Out for Future Bitcoin Forks to get More Free Bitcoin!

No matter what users decide to do with their BCH, the fact is that this fork created free bitcoin. This is not unprecedented. The Ethereum fork a little over a year ago also created free Ether, and the best part of this all, is that this might not be the last time bitcoin will fork and create more free money. After SegWit is up and running, bitcoin – that is BTC, the original coin – might have another hard fork again in November. As part of the Silbert agreement, a substantial number of economic actors will be pushing for an increase in bock size from 1mb to 2mb. That is 4 times smaller than the BCH blocks, but would be twice as big as what the traditional bitcoin blockchain accepts, which means we might see a third version of bitcoin and another opportunity to earn free coins come November.

Just make sure that you control your private keys or have your coins hosted on a service that will allow you to claim your forked coins. That will give you the opportunity to get more free bitcoin when the next fork happens, if it results in another version of bitcoin. Just make sure you fork your coins safely, but you should by all means get your free bitcoin from these forks and enjoy having more money.