How to Start Your Own Blockchain Development Platform 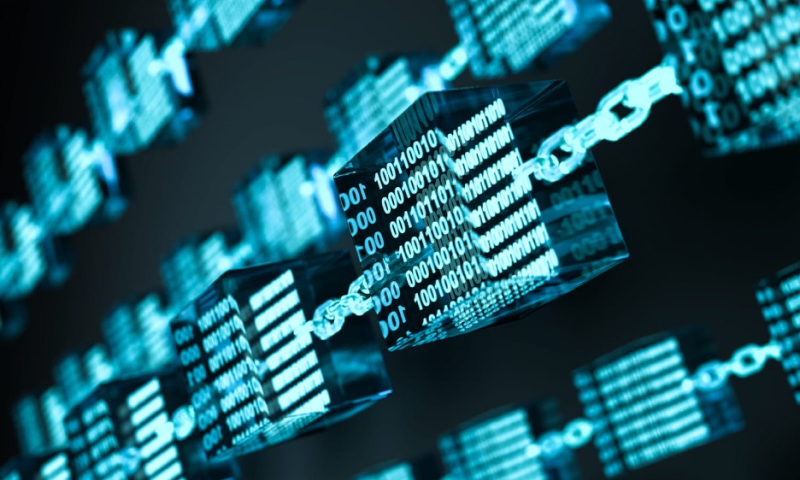 The blockchain is a clever idea that could make the digital world safer and less controlled by a few people. Blockchain technology made a new kind of internet possible by letting digital information be shared but not copied. The technology was first made for the digital currency Bitcoin, but now the tech community is finding other ways to use it. In the very near future, blockchain will be used in all kinds of everyday transactions, from bank transactions to e-commerce purchases and even Tinder swipes.

Everyone in the tech world knows what blockchain is or has at least heard of it. But only a very small number of developers know how to make a blockchain token or app or even where to start. Let’s take a slightly more in-depth look at how a blockchain application is made.

Steps To Start Your Own Blockchain Development Platform

Let’s figure out how to make a blockchain in only eight steps. I’ve used the terms blockchain and distributed ledger system interchangeably in this article to keep things simple.

A lot of talk is going on about blockchain. I’ve read that blockchains can make the world free of corruption, end poverty, end hunger around the world, and do a lot more without breaking a sweat. I’m sorry, but that’s not true. So, the first step is to find a use case that makes sense for business.

Blockchains are very good at doing these three things:

This includes storage that can’t be changed, digital signatures, and encryption. The blockchain can store almost any kind of information. Blockchains can be used to make pairs of public and private keys and to make and check digital signatures.

It includes issuing, paying, exchanging, putting things in escrow, and retiring assets. A smart or crypto asset is the tokenized version of a real-world asset, such as gold, silver, oil, or land.

Smart contracts on a blockchain can be used to streamline processes by automatically progressing to the next step in the chain.

As a way to reach a consensus, proof of work was used in the first blockchain, which is what makes bitcoin work. But today, there are many distributed ledger systems that offer a variety of consensus mechanisms, such as Proof of stake, Byzantine fault tolerant, Deposit based consensus, Federated Byzantine Agreement, and many more.

You need to choose the consensus mechanism that makes the most sense for your use case.

Step 3: Choose the Best Platform for your Business

Here are some of the most popular platforms:

Blockchain solutions can be either permissioned (like a land registry run by the government) or permission-less (e.g. Bitcoin, where anyone can become a miner). Blockchain solutions can be private (like a contract management system in a drug company), public (like a cryptocurrency backed by assets), or a mix of the two (e.g. a group of banks running a shared KYC platform).

At this point, you should also think about whether or not the nodes will run in the cloud, on-premise, or both. Then there are questions about how the hardware is set up, such as processors, memory, and disc size. You must also choose the base operating systems (usually Ubuntu, CentOS, Debian, Fedora, Red Hat or Windows).

Some blockchain platforms already have APIs built in, but others don’t. The most important kinds of APIs you’ll need are:

Step 6: Creation of Admin Interface and the User Interface

At this point, you would need to choose the front end and programming languages (like HTML5, CSS, PHP, C#, Java, Javascript, Python, Ruby, Golang, Solidity, AngularJS, Nodejs). You would also have to choose servers and external databases like MySQL or MongoDB (including Web servers, FTP servers, mail servers).

By adding AI, biometrics, bots, the cloud, cognitive services, containers, data analytics, the Internet of Things, and machine learning to your Blockchain solution, you can make it much more powerful.

Why are blockchain apps becoming more and more popular? I’ve already said that they’re safe and private, but there’s a lot more to it than that.

Other people on the network must check all changes to data and transactions. Even though not every participant can see the data, a copy is always kept on each device in the network.

Even though a blockchain is a decentralised system with a high level of transparency, all transactions and interactions between network members are anonymous.

Even though many banks try to offer mobile services, the transaction process isn’t always perfect because of rejected transactions, fees, and exchange rates. With DApps, this isn’t the case. Users can set up a blockchain wallet in just five minutes, which lets them buy things with cryptocurrency for free.

Great Experience with a Cryptocurrency Exchange

It’s easier to buy and sell cryptocurrencies through a mobile app because you can respond quickly to price changes. The market for cryptocurrencies is very volatile, but there is a lot of room for growth. Because of this, apps that exchange cryptocurrency are popular.

A Lot of Safety

A lot of banking apps and secret chats have trouble keeping your information safe. Mobile apps can be hacked, and a man-in-the-middle (MITM) attack can be used to steal money during a transaction. This isn’t possible, for example, with Bitcoin because all the data is spread out and every member of the network has a copy of all the chains. For example, a blockchain-based messaging app can make sure that your messages are safe.

What are the Best Blockchain Development Tools?

Many studies and reports say that blockchain seems to be the skill on the platform that is growing the fastest, overtaking skills like Machine Learning and more. It has caused the need for blockchain developers to grow.

Here are some of the Most Popular Blockchain Tools:

How much does it Cost to Build a Blockchain Platform or Application?

Most likely, you will build a DApp if you want to make a decentralised business model that lets people use cryptocurrencies to make “Peer to peer” (P2P) transactions.

The Cost of Building a Blockchain App Development Platform also depends on the following:

The price of a blockchain platform or app varies from one industry to the next. For example, you may need an app for education, supply chain management, healthcare, real estate, education, and many other business domains.

How Long Does it Take to Build a Blockchain Platform?

The length of a blockchain project depends on the needs of the app. PoC, which usually takes two to three weeks, was the first step in the project. Once the PoC is done, it takes 4-5 weeks to make a product with the bare minimum features that will work.

Depending on the business needs of a client, it takes about two to three months to launch a blockchain app on the mainnet.

Suffescom Solutions Inc. – a reliable blockchain development company with a team of more than 200 experienced blockchain developers who work with business partners to make custom blockchain solutions for fintech, entertainment, insurance, and other industries.

Suffescom works with Hyperledger, EOS, Tron, Ethereum, and many more of the most popular blockchains for business. Our Solana Blockchain Development services cover a wide range of product development, including DeFi, Web3, Exchange, and NFT Marketplace.

We advise startups and large companies on how to use blockchain to get the best business results. We also run blockchain workshops, provide high-end R&D services, build Dapps, smart contracts, and any other blockchain-based solutions you need to stand out in business.