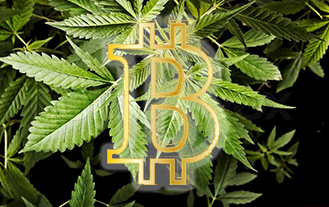 Since US states like Colorado and Washington voted to legalize the cannabis industry, state and federal laws clashed. Cannabis is still an illegal substance at a federal level, which means that businesses dealing with the substance have problems finding banking services. As a result vendors are now stuck doing business the way it was done more than a century ago. Many recurred to bitcoin in order to get themselves out of the quagmire. Others recurred to different blockchain solutions, launching ICOs in order to gain access to banking.

Bitcoin and the Cannabis Industry

Bitcoin is a natural solution for all those who do not have access to banking or financial services. Thanks to the conflict between state and federal laws in the US, cannabis vendors fall within that category. The internet is awash with reports about cannabis vendors who accept bitcoin and some have even organized conferences about it. The problem with the bitcoin solution is adoption.

Blockchain and ICOs to the Rescue

With the explosion of cryptocurrencies, it would make sense to design one for the growing Cannabis industry. In theory, this could solve the problem that medical and recreational marijuana businesses face. That is why Gabriel Allred along with other activists launched an ICO initiative on December 2nd, 2016, called the The Cannabis Revolution™. They seek to use “blockchain based technologies to further cultural acceptance of marijuana legalization.”

In order to implement a solution, these activists built the TOKES platform – TKS – on the Waves blockchain. The platform and the ICO will actually serve as an investment vehicle for people who want to invest in the establishment of a medical marijuana business in Las Vegas, Nevada. The activists have a plan to re-purchase tokens once they have achieved their financial goals. This could solve their need for banking, since token re-purchasing would eliminate the need to deposit their proceeds.

Can The Cannabis Revolution ICO succeed?

Although it seems like a clever solution, there are some weak spots in the proposal. Here is a short list of some of these shortcomings:

There is no doubt that blockchain solutions could boost the cannabis industry. However, bitcoin and other well established cryptocurrencies are the best blockchain option out there for those who lack access to banking. This includes cannabis vendors, who should be focusing on wider bitcoin adoption. In any case, it would be interesting to see how the Tokes ICO goes. Like with any well intended blockchain project, its success is important for the space.

Click here to read more about the Tokes ICO.