Is The Demise Of Bitcoin Imminent? 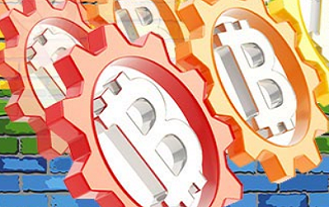 Recently, an article written by Luke Ryan and published by Quartz, came out painting a very grim picture about the future of bitcoin. Although many of Ryan’s points are valid, the conclusions he reached about the future of bitcoin amount to a fringe scenario in the best of cases. The mother of all cryptocurrencies has a lot more value than what Ryan gives it credit for, and will survive probably by the same virtue that the traditional currencies have survived the introduction of bitcoin.

There is no doubt about the now chronic failure of the Bitcoin community to agree to basic technical upgrades that would let the cryptocurrency function in a way consistent with its degree of adoption. Block size, transfer fees and transaction times are all the focus of heated debates between those who believe in a hard fork, and those who are interested in keeping things the way they are. However, to go as far as Ryan went, and claim that “bitcoin has struggled to prove its use for […] anything really”, is to ignore the very essence of what got the currency to the point at which it is now.

Quite to the contrary, many of the problems that bitcoin is facing right now are the result of success beyond the imaginable. Adoption rates over the last 4 or 5 years have grown by leaps and bounds. More merchants are accepting bitcoin payments for both online and offline goods and services. People are even using the currency to travel, something that was impossible a mere 3 or 4 years ago. Nevertheless the network was not designed to support the volume of payments that have been growing constantly, and that requires a fix for which the system requires consensus.

As Bitcoin sinks, Blockchain is the only Element that can be rescued

While the Bitcoin community grapples with the difficulty of reaching consensus, many other projects have flourished by using the technology underpinning the cryptocurrency: blockchain. This however doesn’t mean that these projects will ever be able to replace bitcoin, not even if the most powerful banks in the world flex all their financial muscle to push it out of the market. The basic maxim of eliminating the middleman and the fees that come with its service, a crucial element that Satoshi Nakamoto put forth in his white paper, will continue to give bitcoin an advantage over any private blockchain initiative for years to come.

Not even alternative public blockchain projects that uphold the same principles, have been able to unseat bitcoin so far. That is part of the reason why Litecoin never achieved the same success as bitcoin, and that is why Ethereum’s market cap is still around 10% of bitcoin’s market cap despite all the funding and the added features.

Not only has bitcoin survived all these shocks, but it has also recovered from that period of low valuation right after the Mt Gox debacle. Just this summer it surpassed the $750 USD mark, as thousands of people sought refuge from economic weakness in China. It is not the fancy drug dealers that are flocking to bitcoin; they understand that their transactions can be followed through the blockchain and should be discouraged. It is people who have limited or no access to banking or certain financial freedoms who were buying and shoring up bitcoin’s value.

People who suffer under the economic and political oppression of regimes like the “Chavista” regime in Venezuela, are increasingly using bitcoin to combat one of the worst cases of inflation in the last 70 years. Chinese citizens who are not allowed to transfer their money freely to other countries are buying bitcoin. Even people in sub-Saharan Africa who have never had access to banking, are discovering the advantages of bitcoin. As long as there are people in need for economic freedom in this world, bitcoin will have a future, because no other system has been able to replace it; no viable blockchain-powered alternative has emerged.

Despite all its shortcomings, no one has been able to eat bitcoin’s lunch. There is no doubt that the community faces serious challenges ahead, and that the lack of viable solutions is frustrating to many. No system is perfect. But even imperfect systems have survived on this earth for centuries. There is no reason to believe that the demise of bitcoin is imminent, that its core technology and the very reason it was such a successful experiment, will end up killing it. The markets have thus far been unable to crown any viable alternative in bitcoin’s stead. The experiment will continue despite market volatility and until a credible alternative arises, bitcoin will probably have a niche big enough to support it.