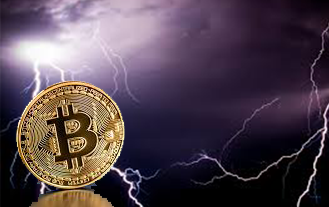 Mike Hearn, one of the main Bitcoin developers and a widely cited Bitcoin expert, has cashed out. Hearn quit the “Bitcoin experiment” after he reached what he thinks are irreconcilable differences with Bitcoin core members. Hearn disagrees fundamentally with Bitcoin Core on matters of governance, the system’s architecture, and the basis of the philosophy behind the creation of Bitcoin. Asserting that the Bitcoin ‘ecosystem’ has taken a turn for the worse, Hearn argues that fees, traffic and block size issues will spell demise for Bitcoin. Hearn is not the only voice expressing concern, but he is clearly the loudest among them.

Hearn has pointed to 5 basic problems with Bitcoin:

According to Hearn and other Bitcoin users, the transaction congestion in the Bitcoin network is pretty bad. Hearn asserts that the network can process about 3 payments per second. This is a key technical problem that according to Hearn could be solved by increasing the size of the blocks. Many of the Bitcoin Core developers disagree and refuse to talk about block size increase. The result is that Bitcoin, as a method of payment, has become unreliable.

Hearn asserts that companies that control Bitcoin mining power, do not want to increase block size. There are a few reasons behind this. The reason that stands out in Hearn’s article, is financial. Since most of the mining power is in the hands of a few miners, and these miners want to keep competition away, they refuse to consider the change. Their main fear according to Hearn is that increasing block size will lead to an increase of use in Bitcoin. Since most mining power comes from China, which has very slow connections, the miners will then lose their source of revenue because they will not be able to handle the traffic.

It seems that Bitcoin will end up using fees to control transaction volume instead of increasing block size. This generates a whole host of other issues. Transactions run the risk of becoming more expensive on the Bitcoin network than on credit cards or digital payment methods like PayPal. Bitcoin Core has gone even further, suggesting that people should issue changeable payments. This will allow people adjust the fee paid. According to Hearn, this will also allow “people to change the payment to point back to themselves” effectively reversing it and taking away one of the main characteristics of Bitcoin payments.

Governance in a Decentralized World

Bitcoin’s current direction is a result of its loose governance structure. Hearn even recognizes that neither Nakamoto nor Gavin Andersen, who took over the reins of Bitcoin when Nakamoto left, had a specific plan to structure the network as an organization. As more developers joined the core at the request of Andersen, conflicting views about the direction of Bitcoin and how its programing should be developed, arose. In a community that looks for consensus and requires a high degree of coordination to actually develop software correctly, these conflicting views deteriorated into a game of politics in which certain actors jostled to take control.

According to Hearn’s interpretation, it seems that this whole saga played out like a digital version of Lord of the Flies. The authoritarians won, Hearn is out, and allegedly the interests of a few prevailed. Furthermore, Hearn argues that even if the Bitcoin Core developers changed completely overnight, the fact that mining is controlled by “fewer than 10 people” in China, is an inherent weakness that would not change.

What is the Real Problem?

Just as Bitcoin is an experiment, collaborative projects and power sharing within an organization are also largely experimental. Human kind is only starting to understand how to implement and manage the concept. Any system that relies on the development produced by collaborative development emerging from a flat organizational structure, will always face problems due to differences of opinion and conflicting interests.

The resilience of Bitcoin – all else equal – thus depends on people who have Hearn’s abilities and outlook to fight for it, otherwise it will be quickly replaced. There are many alternatives to Bitcoin. Any of them could take over relatively easily, and show the people playing politics that ultimately the market rules. As long as there is a viable substitute, everyone who has a stake in Bitcoin is at risk. They should raise their voices and make sure the issues are fixed.