Why Is Bitcoin Price Stagnant? 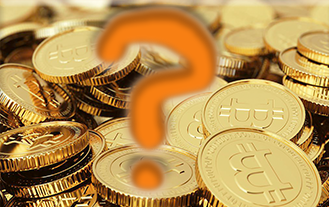 The price of bitcoin has been relatively stable lately, with smaller than expected fluctuations for 2 months now. This stability has its advantages and its disadvantages. However, given the halving that is supposed to take place around July 16th, 2016, the price should be increasing. Even a steady increase would be logical, but it seems that bitcoin is stubbornly staying below the $440 USD mark so far, and unless something more dramatic happens, it seems poised to stay around that level for some time.

Bitcoin can be used as a store of value commodity, or a safe haven for certain people looking to avoid asset or currency depreciation. So far this year, financial markets started out with a steep plunge, but have recovered. Forecasts of economic doom and gloom have also fizzled out as economic data shows that a world economic recession doesn’t appear to be imminent. In the past, economic hardship pushed the price of bitcoin up, so that is certainly a factor that is working against its value at this point in time. Less people seem to be looking for a safe haven now.

However, this could quickly change should turmoil in Europe continue. Two – exogenous – events could give bitcoin a boost: Another ‘Grexit’ scare, with Greece failing to meet its commitments to its creditors, or a ‘Brexit’. The latter is probably more likely to shake international markets. In fact, if the UK decides to leave the European Union, there could be a few new barriers to trade between the British and continental Europe. This may cause a surge in bitcoin use, and it may also result in a renewed Scottish effort to gain independence. That would generate enough turmoil to make bitcoin look more attractive.

Turning away from the outside factors that may affect the price of bitcoin, there are some internal factors that should be pushing the value of bitcoin higher. Chief among them is the halving of mining rewards which is only 3 months away. From July 2016 and until the next halving, miners will be rewarded with 12.5 BTC for their services as opposed to 25 BTC now. This means that bitcoin supply will be tightened, so taking into account constant demand or even low demand growth levels, the price of bitcoin should rise.

It is possible that bitcoin will see a surge towards the end of the third quarter and the end of the year in 2016. This is what happened during 2015. After a disappointing start, bitcoin came back with incredible growth. It is also possible that the cryptocurrency will have a late reaction to the halving. Sometimes expected changes in supply are not properly priced into the markets. This will also strengthen the case for a late 2016 surge in the price of bitcoin.

To Buy or Not To Buy

Predicting the future price of bitcoin seems like the single most challenging forecasting exercise in the markets. Instead of speculating, the safest bet probably is to stick to the fundamentals. The halving will go through and that will affect the supply of bitcoin. Prices will adjust according to that specific event. The rest of the factors that may affect the price of bitcoin, like transaction problems – block size and all the issues that Mike Hearn highlighted – are far more complicated to price in. Therefore, it is prudent to refrain from making a prediction.

Nevertheless the apparent stagnation in the price of bitcoin may have a less obvious, yet positive impact on the bitcoin economy. Price stability can serve to encourage people to spend their coins. If bitcoin consumers do not expect their coins to appreciate anytime soon, based on the current stagnation, then bitcoin commerce should show gains. So in the meantime, while the price range stays below $440 USD per coin, it is time for bitcoin friendly retailers to shine.