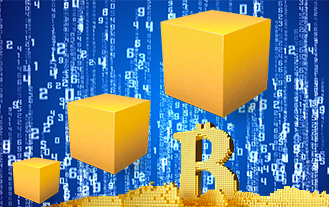 Views and opinions within the Bitcoin network are diverse to the point to which they become divisive. A fair share of important individuals within Bitcoin Core have been pushing to increase block size in order to scale the network. Others believed that there was no need to increase block size. From one extreme to the other of the block size divide, there was a lot of middle ground to cover in order to achieve a solution. It seems that finally enough stake holders have reached an agreement over the weekend. The effectiveness of the block size increase remains to be seen.

Mike Hearn shocked the system by quitting Bitcoin altogether and publishing a scathing post about why the network is failing and why he is quitting. The central feature of his post had to do with the network’s governance, but the trigger certainly had more to do with block size and transaction delays. With current block size, Hearn asserted that it could take up to 14 hours to make a transaction. If the number of users keeps on growing, then the transaction backlog could just knock out some of Bitcoin’s core advantages.

Although Hearn did not suggest what the new block size should be to avoid the gloom and doom scenario, he did say size must be increased immediately. The latest agreement on the matter will see blocks double in size, but it will take time to implement the changes. According to the post that announces the agreement, the so called “hard-fork” – block size increase – activation will take place around July 2017. This means that Bitcoin might avoid some tough problems, but if Hearn was right, Bitcoin is still not out of the woods.

There are 3 main issues with the current approach and the solution announced:

There is no doubt that this development is a step in the right direction for the Bitcoin network. Nevertheless the scope of the change might come up short. Certainly the time frame for its implementation is quite problematic, and although any kind of software change in such a complex network with multiple stakeholders should be thoroughly tested and debugged, the network should find a way to do this quicker.

In any case, even if the solution was readily available for implementation right now, the whole idea of garnering “strong community support”, could derail it. First of all, there is no clear indication as to what “strong community support” means. Is a 50% + 1 vote majority enough to show “strong support”? Will the major stakeholders decide, generating a huge democratic deficit? Is this a consensus decision? Until the answers to these questions are known, no technical solution will suffice, even if it can be implemented immediately. Hearn’s governance concerns still loom large even if it seems that this fix can save Bitcoin for now.