Bitcoin Fitness is in Fashion 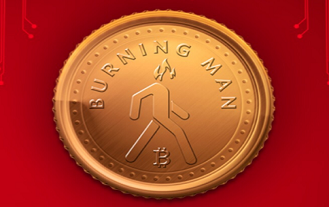 The number of fitness apps is increasing exponentially. Within this growing fitness app ecosystem, the cryptocurrency world has to get a special mention. There are apps that have created their own cryptocurrency to reward people for walking. Apps such as Fitcoin have created schemes to pay people for walking. The latest such app to enter the fray is called BurningMan. Its uniqueness lies in the simplicity of the app, and the option to get fiat payments as well.

BurningMan describes itself as “a creative social experiment” that hopes to “motivate people to walk more”. According to the experts consulted by the app, people should complete 10,000 steps a day to stay fit, but most of us do not come close to the goal. BurningMan thus offers people a small incentive to complete their 10,000 steps a day: a Bitcoin payout each month, according to the number of steps completed daily during the month.

Additionally, BurningMan is trying to see if they can get enough people to burn the calorie equivalent of the energy needed to mine one Bitcoin. BurningMan’s calculation seems logical, and adds to the aura of the app, although there is no direct connection between people’s step accumulation and actual Bitcoin mining. BurningMan has declared that they will not enable any kind of mechanism on its app that would use computing power on people’s phones to mine for Bitcoin. Their idea is to pay people purely for walking.

People would need to complete 7.5 billion steps a month in order to yield around the same amount of energy needed to mine 1 Bitcoin. That is, according to their calculations, 25,000 people completing 10,000 steps a day for a period of 30 days. A million users could burn the energy equivalent needed to mine 40 Bitcoins a month. This is certainly a novel idea that could encourage people to use their car less and walk more.

If that is the case, and the adoption is wide-spread enough, the app could become Bitcoin’s own carbon market. Since Bitcoin mining is a computing intensive, therefore energy intensive process, it generates greenhouse gas emissions. Unless Bitcoin is mined in jurisdictions that generate their electricity with renewables, getting enough people to ditch their rides and walk could offset some of that greenhouse gas production. Therefore it would be a nice idea if the app could forge a wide alliance with environment conscious miners to get users to offset some of their emissions, and create the first Bitcoin carbon market.

Nevertheless, it seems this app has a clear growth path. Hopefully its business model will keep on building on its values as a socially responsible app that encourages people to exercise. Within the Bitcoin app ecosystem, BurningMan clearly identified what users are looking for the most: free coins. It also managed to give them away in an innovative way, based on realistic calculations. Certainly an exciting pick that has something in stock for everyone from Bitcoin enthusiasts, to people who want a small fiat reward to get fit.