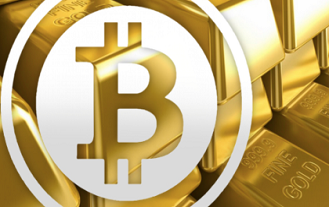 Bitcoin mining is apparently to the 21st century what gold mining was to the 19th century. Gold rushes have given way to Bitcoin rushes, but the geographical areas involved are completely different. The rushes of the 19th century were focused on the Americas, Australia, New Zealand and South Africa, whereas the focus of the Bitcoin rushes are quickly changing, and depend on radically different circumstances. However, some of the considerations or calculations may actually be quite similar. The dynamics may also bear some resemblance as well.

The most noticeable difference between Bitcoin mining and gold mining, at least in theory, has to do with geography. Gold exists in certain locations only, while Bitcoin is web based, so it exists wherever an internet connection is available. Despite this radical difference, and all the other characteristics ranging from use to cultural tradition and value, gold and Bitcoin have several characteristics in common.

The most important similarity has to do with how the profitability of any given mining operation is affected by energy costs. Mining processes are energy intensive, and although the amount of energy invested per unit extracted varies substantially depending on the commodity, it is still one of the main considerations regarding ‘virtual commodities’ such as Bitcoin. This means that although Bitcoin is available wherever there is an internet connection, it might only be profitable to mine in a handful of places.

Gold could also be found in a number of places in small quantities which do not make its extraction viable. Satoshi Nakamoto made sure to take this physical characteristic from commodities and transform it into one of the essential digital characteristics of Bitcoin. Nakamoto engineered a virtual commodity that through its quantitative limitations, can only be mined at certain rates for a given period of time. After that the virtual commodity reward halves while the energy investment required to get half the reward stays the same. This means that just as gold mining, Bitcoin mining may only be profitable in certain geographical locations.

The Rush for Cold Places

Similarities between gold and Bitcoin mining can also be seen in the development of the industries. Although Bitcoin mining has developed at breakneck speeds in comparison to gold, it also started out as an operation that can be called ‘artisanal’. The amounts that can be extracted by artisanal gold miners are relatively small nowadays. Bitcoin miners face the same conditions. Miners used CPU’s to get coin rewards, then they started using GPU’s and finally specialized ASIC miners were developed and deployed. This process reduced the profitability of the artisanal miner while it localized mining precisely because it became much more energy intensive.

Taking into consideration decreasing mining rewards, and the increasing amount of computing power needed to extract the coins, cost cutting becomes a primary goal of any Bitcoin mining operation. Cost cutting is also one of the main goals of any other mining operation. Since the characteristics of the virtual commodity extracted will not vary from place to place, there is no reason to invest in locations where energy is relatively more expensive, or in places where more of it has to be used to extract the coins. Cost cutting therefore can be equated with energy consumption decrease.

In the case of Bitcoin, extraction is an energy intensive endeavor not only because running more and more computing power requires more electricity, but also because it produces more heat. To cool down the ASIC devices enough, mining companies can either invest in industrial fans or similar equipment. This would mean that energy is invested in the dissipating heat energy which is a byproduct of computing power usage. Miners can also chose to move their operations to places in which Mother Nature will give them a helping hand in cooling their equipment down, and invest less energy in cooling down their equipment.

The Balancing Act behind Energy Costs

At this point, gold mining and Bitcoin mining start to diverge in terms of energy costs. This is due to the fact that Bitcoin mining relies solely on electricity, while gold mining can rely more on fuel. The question then is which of these cold places has the lowest electricity costs with the most stable electricity supply, and where are internet speeds fast enough. The answer apparently is Iceland and the Scandinavian countries mainly. Canada can also be included in the list. However, a significant amount of Bitcoin mining takes place in China, a place where the conditions don’t seem to be optimal.

The Cost of Externalities

The reason China is one of the hottest Bitcoin mining spots has to do with a market failure. Electricity in China is kept cheap by a failure to internalize negative externalities such as pollution. Although China is probably one of the world leaders in the transformation from fossil fuel generation to renewable generation, it is still one of the main consumers of coal generated electricity in the world. Although the electricity consumed by Bitcoin mining is marginal compared to other industries, if it is done in a country that fails to account for these negative externalities, it pollutes more than it should.

Bitcoin mining therefore has a relative advantage vis-à-vis gold mining in terms of emissions. To reduce gold mining emissions, producers of mining equipment have to invest relatively more to make their products more efficient and help the industry reduce emissions. Bitcoin emissions can be reduced simply by transporting the equipment from places like China to places like Iceland. There is no indication that this shift will happen any time soon, and that has more to do with policy.

Shifting Bitcoin mining away from China would probably make sense if emission capping or some other sort of environmental policy to reduce emissions would be in place. So far governments have dragged their feet with regard to environmental policy and global warming. The history of mining and for that matter, the history of the extractive industry also shows that it can resist regulatory change better than many other industries. In this respect, gold like Bitcoin mining, could be expected to go ahead despite attempts to curb their impact on climate change. China’s position as a geographical powerhouse in the Bitcoin mining industry is not immediately threatened.

Other kinds of regulatory work could threaten the position of any given country in the Bitcoin mining industry even more than climate change policy. Most countries levy some kind of special tax or royalty on commodity extraction operations done within their sovereign territories. There is no evidence to suggest that Bitcoin mining is headed in that direction, but that means that certain countries might be missing on a golden opportunity to deliver a geographical coup. Apart from royalties and taxes, policy making in certain countries has succeeded in incentivizing extractive operations within their territory, especially when the price of a given commodity such as gold, rises.

Given current market trends, energy is becoming cheaper and Bitcoin is becoming more expensive. It is no secret that the world is in the midst of an oil glut, so certain nations have seen their incomes slashed. They could decide to incentivize the use of their oil reserves to mine Bitcoin. The feasibility of such an endeavor remains uncertain, but it is a scenario that has the potential to deliver a huge shock to the Bitcoin mining industry.

Virtual commodities such as Bitcoin amazingly play by the many of the same rules than physical commodities like gold play by. Beyond the similarities in calculating the profitability of a mining operation, virtual and physical commodities share key characteristics. One of the most critical of these characteristics has to do with the kinds of policy requirements needed to internalize the pollution they produce. The most surprising characteristic maybe their sensitivity to policy led incentives that will encourage the industry’s growth. Geographically driven Bitcoin rushes can be easily trumped by smart policy making, especially because virtual commodities are available from anywhere in the world.