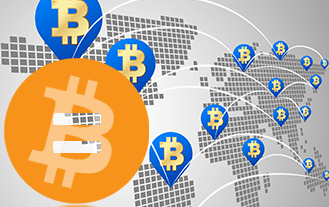 The real revolution that Bitcoin brought about, was to make true capitalism flourish unhindered by government protectionism. Capitalism is a vehicle for development; the true spirit of Bitcoin is to strengthen commercial freedom and empower the individual within that system. Bitcoin therefore is an economic equalizer driven by pure market forces. Bitcoin should not serve as an instrument to undermine capitalism, but should rather be used to enhance it.

In a recent article published on the Huffington Post’s blog, Dr. Behzad Mohit argues in favor of the Bitcoin as a social equalizer. Dr. Mohit is a proponent of using the currency only as an instrument for internet based commerce, to exchange goods and services solely. He argues that we must protect it from being hijacked by free speech movements that use it as an enabler to finance their cause, and we must protect it from those who seek to exchange it for “interest based notes”. Free speech issues aside, it is possible to support Dr. Mohit’s appreciation of Bitcoin as an economic equalizer. However, it is difficult to get behind his opposition towards using Bitcoin as we use brick and mortar currencies in our everyday life. Bitcoin’s power as an economic equalizer rests on it being connected to the wider global economy.

Dr. Mohit seems to be at odds with some of the financial instruments created by capitalism. He argues that interest rates are inherently “bad”, because they don’t create value, thus justifying his argument to prevent them from tainting Bitcoin. Quite on the contrary, interest is one of the greatest instruments of modern day capitalism. It serves to reward risk taking, which is one of the central pillars of the entrepreneurial spirit that brought about a spurt of development in the last century in general. If a given individual has accumulated a certain amount of capital over time and wants to take a risk by lending it to his or her neighbor so that in turn that neighbor can open up a business and generate more value, then it is not only fair to pay an interest on the loan, but it will also serve as an incentive to dole out the loan in the first place. Without the loan, your neighbor would not be able to open the business, or, at the very least, it will take him or her a much longer time to do so. This means that value will be lost by preventing the loan from taking place. Therefore interest payment is a way to share part of that value that we expect will be generated, as well as serving as a reward for the risk the lender is undertaking.

“Bitcoin serves as an excellent instrument for peer to peer loans, as free from government intervention as the world might ever see”

Bitcoin serves as an excellent instrument for peer to peer loans, as free from government intervention as the world might ever see. Its commodity like behavior, insofar as its main characteristics are concerned – there is a limited amount of it to be “mined”, making it as finite a resource as perhaps gold and oil, and it is not issued by a bank – means that there are no established interest rates on it. The forces of the market will determine the interest rate that lenders will ask for and the one that borrowers will take every time they use Bitcoin as a financial instrument. By looking at these characteristics it is possible to see the short comings in Dr. Mohit’s proposition.

There are several caveats that we must understand before anyone attempts to restrict the use of Bitcoin and its exchange with interest based currencies. The public cannot shield Bitcoin from being exchanged for interest based currencies. The CFTC already regulates Bitcoin as a commodity, thus making it a tradable asset under US regulation. Once a commodity is regulated, it can be bought and sold in the open market using US dollars with virtually no barriers. Furthermore, Bitcoin is an inherently capitalist endeavor insofar as freedom of capital movement is concerned. To deprive it from other capitalist characteristics such as freedom of trade, is to incur in the same systemic flaws that the currency’s existence is attempting to redress.  For the sake of the analytical exercise, let’s imagine a world in which Bitcoin serves solely as an instrument for internet trade and cannot be exchanged for any other kind of legal tender:

“It will also serve as an instrument to deliver greater capital inflows to countries that have been so far unable to attract large quantities of FDI.”

So how can Bitcoin serve as an instrument to level the capitalist playing field, given that it will be exchanged for interest based currencies? Bitcoin users will be able to circumvent countless barriers to entry into various markets, including credit markets. There are currently millions of people in the so called ‘Global South’ who do not have access to banking services, yet are full of interesting ideas and have a vibrant entrepreneurial spirit. If Bitcoin serves to fund and encourage their entrepreneurial endeavors, the cryptocurrency revolution will serve as an instrument to develop the economies in these places. It will also serve as an instrument to deliver greater capital inflows to countries that have been so far unable to attract large quantities of FDI. This capital flow correction – even if it is a trickle on a global scale – can only take place by encouraging the owners of ‘cryptocapital’ to profit from the value that they will generate by undertaking these risks.

The idea is not radically new. In fact there are already some platforms like btcjam that offer Bitcoin credit services on a peer to peer platform, and claim to use the same loan qualification standards as traditional commercial banks do. To be able to finance our global neighbors or get loans from them, bypassing the current international banking system, the Bitcoin community must resist any attempts to de-couple the currency entirely from international asset markets. In fact, the Bitcoin community needs to extend its coverage and make sure brick and mortar exchanges are available for those getting the loans in the ‘Global South’. Maybe the Winklevoss twins will be the pioneers and Gemini will be able to be the first mover. If not, the playing field is wide open for every Bitcoin enthusiast with enough entrepreneurial spirit and a belief in true inclusivism.

“Bitcoin will help the world move away from the unfair model that has dominated our economy.”

For interest Bitcoin loans will encourage economic development in areas deprived of banking services and fair access to financial services; bitcoin exchange for interest based currency will guarantee a continuous flow of funding for these areas’ borrowers. This will serve to strengthen the Bitcoin community and solidify the relevance of the currency. Moreover it will allow more people to capture an increasing share of the world’s financial profits, contributing to a more even distribution of global wealth. It will also weaken the ability of big players in the world economy to keep a stranglehold on the markets. Bitcoin will help the world move away from the unfair model that has dominated our economy, and the endless currency wars that seek to create artificial competitive advantages for developed nation exports. The Bitcoin community will replace the ‘too big to fail’ model, with a ‘small and solid enough to fund’ model.