A Twinkle in Bitcoin’s Eye 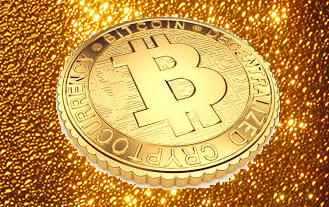 Bitcoin caught the attention of a wide variety of experts. From tech specialists to economists and even legal experts, everyone has an opinion about what Bitcoin is, should be and how it should be used. Regardless of the point of view, the fact is that Bitcoin is incredibly close to commodity money insofar as its use is concerned. As such, comparisons to gold are commonplace, but they often lack in depth analysis as far as the impact of Bitcoin as commodity money is concerned. A deeper look may reveal some weak spots in our understanding of the future value and use of Bitcoin.

At a glance, Bitcoin seems to have solved one key disadvantage that gold has: transferability. Transporting gold bars and using them to buy and sell products and services is much more cumbersome than doing so with Bitcoin. At least in this respect, gold and Bitcoin seem to be complementary tools. People who distrust governments and fiat currency enough, may find this point especially advantageous, since it would allow them to use commodity money much more easily in long distance transactions or internet purchases.

The Relativity of Value

As much as it is more transferable in comparison to gold, Bitcoin lacks the main characteristic that gold offers. Unlike gold, Bitcoin has no inherent value behind it, in the classical sense. The lack of inherent value means that fiat currency skeptics are less likely to view Bitcoin in the same light that they view gold. This fact may trump one of the most attractive characteristics of commodity currencies, which is precisely their store of value vis-à-vis fiat currencies. This is despite the fact that both gold and Bitcoin have no monetary authority behind them, which is what prevents any single authority from intervening with their market value.

Store of value however, is relative even if no central authority can effect it directly. In the case of both Bitcoin and gold, as much as their users would like to create an economy based on a commodity currency, the general value of reference is fiat currency. In terms of the US Dollar, both gold and Bitcoin have been suffering from decreasing valuation recently. In the case of Bitcoin, after a short lived surge generated by Chinese capital flight, the currency has gone down. This may also have something to do with the expectation for rising interest rates in the US. The effect of rising USD rates on gold are pretty known, but data on Bitcoin is just too thin to fully understand if there is a correlation at all.

It is possible that people who hold large quantities of gold and are advocates of its use as a currency, could be well served by hedging their risk through Bitcoin. After all even fiat currency believers hedge their risk by investing in gold. Data suggests that there will be downward pressures on gold at least in the short term. This is perhaps due to the fact that the US Dollar is expected to continue strengthening. Bitcoin on the other hand, might benefit from a renewed capital flight in China, or the situation in the European Union – Greece and terrorist threats – which doesn’t seem to be the case for gold. This means that gold holders could consider Bitcoin as an alternative to hedge the risk of lower gold value, although the USD seems like a better option at the moment.

From Gold to Fiat to Bitcoin

It is unlikely that fiat currency skeptics will move to hedge the downside risks on gold with the US Dollar. Recent economic woes, especially the 2008-09 economic crash reinforce the skeptic’s view. This is probably one of the reasons why Bitcoin has had so much success. Nevertheless history shows that the age of the gold standard also had its fair share of economic crashes. Bitcoin’s characteristics do not guarantee that these crashes would not take place again. In fact, Bitcoin’s pattern of behavior so far suggests that a Bitcoin standard could be even more volatile than the gold standard ever was. After all, the Bitcoin economy seems to show propensity towards hoarding, thus bringing about a deflationary effect, whose pitfalls are known to those acquainted with the history of the gold standard.

Given the inherent deflationary pressures that commodity currency use promotes, it would be hard to see how such a monetary system would help the EU’s economic woes for example. Gold and Bitcoin proponents would argue that the use of commodity currencies would have prevented the whole crash in the first place, since they restrain the capabilities banks have to play with money flows and high risk lending. Modern fiat monetary systems still have other advantages that cannot be discarded. Thus the best answer might be found in a mixture of both approaches.

Moving forward the world economy would be better off with a healthier mix of reserve assets. Bitcoin can provide more depth in this regard. However there is one key characteristic that precludes Bitcoin from playing a bigger role, even though its most enthusiastic proponents see it as a strong candidate for reserve currency. Unlike gold, Bitcoin can be easily substituted by any other altcoin that functions in a similar manner. Although gold has close substitutes like silver and platinum perhaps, none of these or other precious metals would constitute perfect substitutes. This in theory would serve to undermine any positive assessment about the future of Bitcoin as a reserve currency or as a central part of the international financial system.

Bitcoin is still an experiment and its use and future value may be either overestimated or underrated. In any case a more in depth analysis about its value and function as a commodity currency can show the potential pitfalls and advantages of using it as a substitute for commodities gold or fiat currency. Ultimately, the characteristics of Bitcoin as a commodity currency are quite different from those of gold. Its potential valuation is also a riddle, which is why it should still be treated as an experiment. Bitcoin should be viewed less as a substitute for commodities or currencies, and more as a complement to both. The future of Bitcoin has the potential to shine as bright as gold, if its characteristics are analyzed properly. Experts should be running more scenarios in which Bitcoin is more widely adopted and integrated into the world’s financial system as a complementary commodity currency, to gain a better understanding.