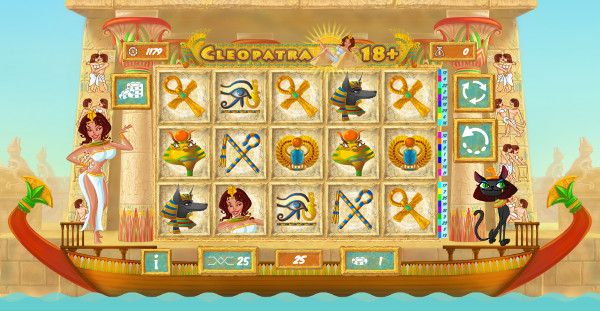 Being one of the most popular games from the provider Mr Slotty, Cleopatra 18+ has been a dominant force to be reckoned with on the slot scene since early 2006.

While developed and released by Mr Slotty, Cleopatra 18+ targeted an untouched visual niche at the time, paired with wonderful features, attracting gamblers from across the globe. Bearing in mind that the game is now more than 10 years old, it has certainly kept up with the top contenders today.

As mentioned, Mr Slotty has targeted a niche of historical slots, which in 2006 was not as popular as today. Known for its presentation beyond that of the usual slot classic fruit, Cleopatra 18+ boasts a beautiful set of symbols, giving the player a true feel for ancient Egypt at the apex of the Ptolemaic period. Some of the main symbols include: 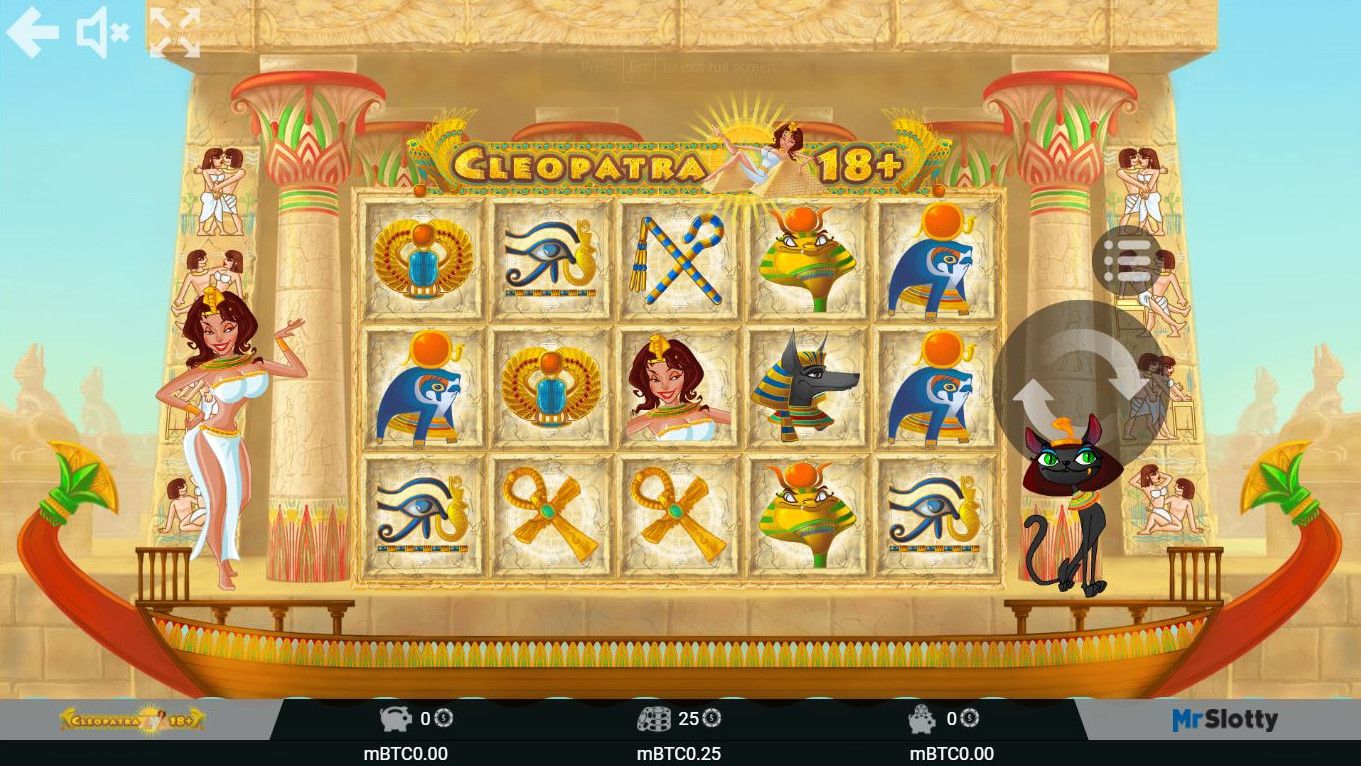 Alongside the varied and compelling symbols, we also find an impressive exterior design, surrounding the reel itself. The surroundings include some classic looking Egyptian art, the lovely Cleopatra and a much-loved Egyptian cat. As a final touch, Mr Slotty decided to place the reel on a classic boat, in order to complete the real Egyptian experience. The game’s soundtrack adds to the ancient Egyptian feel with a string inspired track, occasionally interrupted by the soothing sound effect of the spin and win.

Cleopatra 18+ consists of 5 reels, along with 20 pay-lines. With a minimum bet of 0.02 EUR, even the smallest rollers are able to enjoy the game live, experiencing the thrill of winning on an ancient Egypt-themed slot. The largest available bet goes up to 10 EUR, overall offering a wide range of bet amounts for players of all capacities.

The highest paying standard symbols in the game are the Flail and the crook and the Eye of Ra, along with the general highest value symbols in the form of Cleopatra and the Scarab Beetle. The scatter symbol, represented by the Sphinx, occasionally pops up, allowing players to have their wager multiplied by 2x in the event of 2 symbols, and 5x in the event of 3 symbols.

Cleopatra 18+ also boasts one of the highest paying jackpot prizes in the world of slots, along the lines of a non-progressive jackpot slot. To win this mega prize, 5 wild symbols are required in a line on the reel.

As usual, Mr Slotty though about minor yet vital details. Therefore, players have the option to switch between Full screen and windowed settings, as well as mute on/off.

Overall, Mr Slotty produced an instant classic in the form of Cleopatra 18+, providing a fun and interactive game for generations of players to come. Paired with compelling visuals, brilliantly working features and highly incentivizing pay-lines, this game has established itself throughout the years as a solid, high-paying game, proving it’s timelessness.

Where to Play Cleopatra 18+