The Future Of Labor: An Interview With ChronoBank 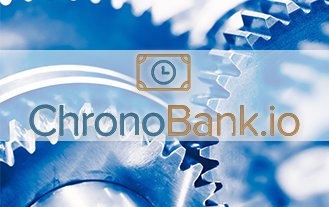 Imagine a world in which there are no intermediaries, not even when it comes to wages. This is the basic idea behind ChronoBank. Through its blockchain-powered network, ChronoBank is seeking to make sure people capture the whole value of their work. To understand how this project will succeed at doing so, and to get an insight about the initial coin offering (ICO), we sent an email interview to its development team. We hope the following answers will allow you to get a better sense of the project and how it works.

Bitcoin Chaser: What was the inspiration behind ChronoBank and why did you launch the currency?

ChronoBank: The inspiration behind ChronoBank was time-banking and other alternative finance models for our society. We have launched Time and about to launch Labor Hour in hope to create a better system of transfer of value and of saving of value. In other words, a better, more transparent and fair currency.

BC: How successful was your ICO? Did you sell all the tokens you aimed to sell?

CB: It is not yet finished, so it a bit early to tell, but the result so far is ok and quite promising.

BC: In which regions of the world do you expect the strongest adoption?

The System Behind ChronoBank Token Price

BC: Your system basically pegs the price of ChronoBank tokens to already existing wages. Does that mean that a token in England will be more valuable than one in the Philippines for example?

CB: That is correct, at the start an English LH token would be equated by a factor to a Filipino one.

BC: Is that peg going to put future ChronoBank prices in the hands of local governments and their wage policies?

CB: At the start, on the minimum side, yes. The bigger plan, however, is to unpeg the system from the government statistics and minimum wages to a system generated, fair wages. That will be possible with a large scale adoption of the software.

BC: If a person gets, let’s say, one token per hour of work and that is the rate for everyone, how do you incentivize people to get paid in ChronoBank tokens?

CB: The rates for different skills and different profession is different, it will depend on the user’s reputation. In terms of incentivizing people to use LH tokens, by crossing out all the middle men from the employment structure that currently exists, we would expect the wage in LH tokens would be bigger than in fiat currency.

BC: How do you convey the concept of time banking to your potential users?

CB: It’s not time banking per se, ChronoBank is loosely based on time-banking. Time banking equates people’s hours, we work in value of those hours. We tell potential users that ChronoBank is creating a currency backed by people’s time/labor hours. Most people get intrigued by this and perform their own research after that.

BC: Many countries are now suffering from wage stagnation. How does ChronoBank help solve this problem?

CB: We are solving that, by paying people exactly what they deserve based on their experience/skill and reputation. As the experience and skill of people grows, so with the real wage, denominated in LH

The Future Of The Initiative

BC: Do you have any other future ideas for ChronoBank in terms of blockchain-powered outsourcing?

CB: Yes, ChronoBank and its token would also be great for financing short term needs of the companies and individuals. Where people would be able to lend their surplus hours within the system and receive a return on them.

BC: Suppose that the economy of an entire country runs on ChronoBank tokens. How will goods be priced? Will that economy be more stable, have less wage stagnation and a controlled rate of inflation? Will it be able to achieve what economists call ‘full employment’?

CB: Goods will be priced as usual, according to their supply and demand, and so will be wages and skills of any particular worker. Full employment I think is somewhat of a myth, so I don’t think it will be achieved. What will be achieved is the standardization of professions and their productivity and individuals would be able to receive exactly what their work is worth on fair market. Making the short term employment more attractive than long term.

BC: How much do you expect ChronoBank to grow in terms of adoption/use/convertibility in the next 2 or 3 years?

CB: That’s a tough question, I would like to see an adoption that at least 5% of people that are employed are employed using LaborX within a year after launch. But we will see, I don’t want to jinx it 🙂