What is IOTA (And How Does It Work Without Miners)? 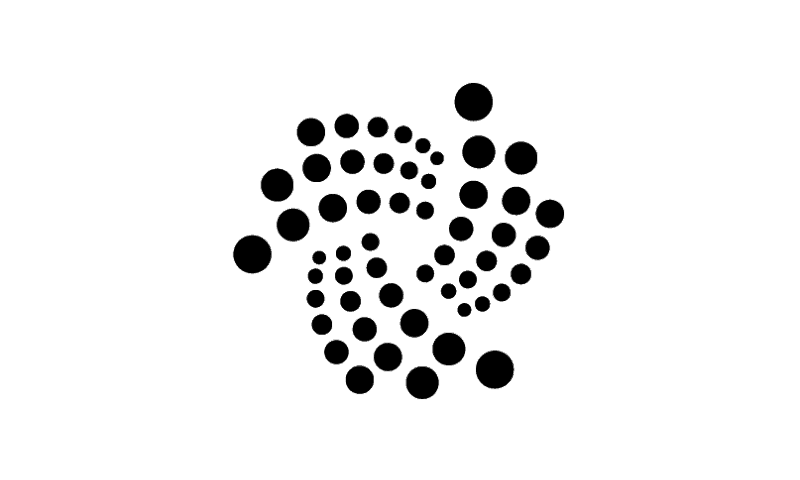 Quickly rising through cryptocurrency market ranks, IOTA is increasingly praised for showcasing out-of-the-box advancements on a unique platform. IOTA is a publicly distributed ledger, making use of the revolutionary ‘Tangle’ protocol. Originally based on a concept called Directed Acyclic Graph (DAG), Tangle is a data structure which does not rely on structured blocks, miners or chains.

How is Consensus Achieved?

Most cryptocurrencies rely on a chain of blocks to process transactions, along with miners to cover these with appropriate computing power, however IOTA deviates from this model. Achieving legitimate consensus on any distributed system with no central authority is a key feature in terms of the platform’s security, scalability and general reliability. In the event of a major issue, forks may be necessary. These are often considered unhealthy for some crypto-communities, especially because they affect cohesion.

*Note: Forks can act as a threat against decentralized networks, going against the founding philosophy of these networks.

The World of Free Transactions on IOTA

So, how are transactions processed without miners, blocks and blockchains? Miners are usually responsible for time-stamping/confirming transactions, depending on the consensus of a specific blockchain. As a participant or adapter of the IOTA network, one must provide enough computing power AKA juice, to confirm two transactions to every one transaction sent. Due to this well-thought out structure, transactions are essentially free from a fee, but since there is no such thing as a free lunch, users have to invest in the necessary computing power requirements.

Benefits and Features of IOTA

After covering the most basic features of the consensus mechanism behind IOTA’s Tangle, we can recognize the fundamental benefits of such ecosystem. In a miner-free system, users of the network are not required to pay fees to anyone; they are instead required to participate in the system itself. By having to cover two transactions for each one sent, the network is always guaranteed efficient and free transactions. This means no one has to worry about block sizes, since the system upgrades itself automatically to accommodate volume with each transaction sent. This architecture has the following benefits:

The team behind IOTA has created something truly great, addressing and solving a handful of the most common problems encountered across the world of Blockchain-based product to date.

What is IOTA For?

But IOTA is not just another cryptocurrency with an innovative consensus mechanism. It is a network with a purpose revealed by its name: The sharing of IoT resources over the network. IOTA This enables the trading of technological resources. This integrates IoT resources to an open market place where anyone can buy and sell their own. Anyone will be able to ‘rent’ these IoT resources, paying for them on this new kind of distributed ledger that has built-in consensus.

IOTA has established itself as a go-to network for fans of revolutionary technology, searching for a trouble-free environment to transact through. IOTA has received praise from creative investors, efficiency oriented users and simple adopters equally.

According to CrowdFundInsider.com, LATTICE80, a well-known Singapore based FinTech hub has teamed up with the IOTA team in Germany. The pair are launching an innovation lab in Singapore, with hopefully more to follow. With a strong supporter in the form of LATTICE80 behind the IOTA Foundation, promising advancements can be expected both in terms of adaptation and improvements of the emerging technology.

How To Buy IOTA

Currently, there is no way to buy IOTA with a credit card. But you can exchange Bitcoin or Ethereum to IOTA through exchanges.

Binance – Binance is one of the world’s largest cryptocurrency exchanges. It boasts one of the fastest order processing rates and supports multiple languages. You can buy IOTA at Binance by depositing first with Ethereum or Bitcoin, then exchanging to IOTA.