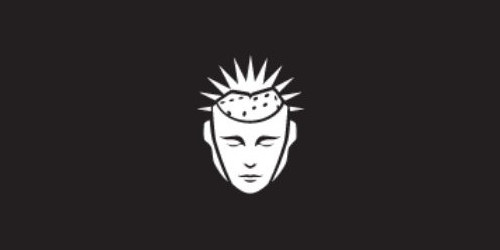 The most legendary dice game in the history of bitcoin and a pioneer in blockchain gambling, Satoshi Dice is an institution within the bitcoin community. This is where it all started, every bitcoin casino, every bitcoin game is the result of the success that Satoshi Dice has had so far and of the innovations it brought to the table. For bitcoin purists, there is no other game in the block. The original bitcoin dice game brought about the concept of provably fair and anonymous betting through various different wallets. It also set the standard for the quickest withdrawals in the online casino industry. Now the casino accepts Bitcoin Cash.

For those who are less acquainted with the wonders of Bitcoin the blockchain, playing Satoshi Dice is a unique experience, especially if they do it straight from the wallet. With the possibility of checking every single result through the provably fair, blockchain-supported feature, new players will be able to understand why bitcoin gambling in general and Satoshi Dice, in particular, have become so popular.

Players can also play through the interface on the Satoshi Dice web page. The game is not a usual dice game, but the web-based interface is probably within the most user-friendly ever designed. Players just need to type the bet they want to make into the box, adjust the amounts they want to bet, and the amount of risk they want to take. After that, the result will be automatically calculated and immediately disclosed for all the Satoshi Dice community to see.

Players can also follow the bets of other players in the community through the thread at the bottom. Anonymity is guaranteed through a pseudonym that the players chose when they sign up. This allows for the highest level of transparency in terms of dice roll results, coupled with the need to keep people’s identities private, following the purest spirit of Bitcoin.

Every feature of Satoshi Dice was once unique. Every other Bitcoin casino and game took pieces and adapted them to their own needs. Nevertheless, there are some features that remain unique and that few other game providers or blockchain bet endeavors have adopted. One of them is the possibility of placing bets directly through different addresses, directly using different wallets for different types of bets.

The dice structure is also unique because it doesn’t count on the traditional six-sided dice and combinations through a number of those dice being rolled at the same time to produce results. Instead, players must take into account that the result of each dice roll can fall on a number from 1 to 65,536. Players must place a bet based on a number lower than any integer within that range.

Players must balance the risk they want to take and the amount they want to risk on the bet. They must strategize thinking that if they select a very low number within the range between 1 and 65,536, then the payout will be higher because the chances of the result landing within the winning range are slimmer.

When players place a bet according to the amount they want to win, then a clever betting slider system kicks in. All the other sliders will automatically adjust according to the winning goals set by the player. This offers an interesting way to approach the game strategy, and it builds upon the provably fair mechanism. Since all the outcomes can be independently verified and are completely randomized and authenticated by the blockchain-reliant system, telling Satoshi Dice how much money you want to make is an exciting yet completely verifiably fair, way to play the game.

Lightning-quick doesn’t even start to describe the speed with which withdrawals are made on Satoshi Dice. This is because they are completely automatic and take place every time a player wins. This is due to the direct interaction between addresses, which is the way bets are programmed on Satoshi Dice. Every time a player places a bet, even if it is done through the web-based interface, the transactions are automated according to the outcome. The bet funds will leave the player’s address once that player places a bet, and they will go back in together with an additional amount, automatically when and if the player wins.

This system adds to the purity of the system on Satoshi Dice. This is a pure Bitcoin Cash betting system based on multiple addresses – or wallets – that Satoshi Dice has for every number that the player chooses to bet on. It is such a pure blockchain-based approach that builds upon the efficiency of the bitcoin transfer system so much, that it was even accused of being a DDoS attack on the Bitcoin network at some point. Of course, those were only rumors, but the instant withdrawal and address to address automated system remains and is still the record holder in terms of withdrawal speed for any online casino operation.

There is no doubt that Satoshi Dice is one of the best Bitcoin Cash betting sites out there, and has been ever since it was launched. The core idea of dice betting is simple, but its implementation along with all the innovation it brought to the bitcoin scene, has developed a legacy that will live on in online gaming for years to come.

Satoshi Dice has come a long way since it launched back in April 24, 2012. Back then it was the brainchild of a Reddit user who went by the name of FireDuck. After finding other people to help run the site, and taking the development of the blockchain-powered betting mechanism, with automated address to address withdrawals and the invention of the blockchain-based provably fair system, this bitcoin institution has succeeded by remaining true to its core.

Through a change of ownership, Satoshi Dice has shown that once a system that was carefully thought out is released, people will just keep coming to play more and more. Now it is your turn to try this bitcoin institution out and make sure you place your bet within the fairest betting system on earth. Take your dice strategy to the next level and win with Satoshi Dice!

Up to 75% bonus on deposits