Insider trading accusations on Bitcoin Cash at Coinbase, might not be substantiated. Nevertheless, they are enough to highlight a problem in the industry that exchanges must address. 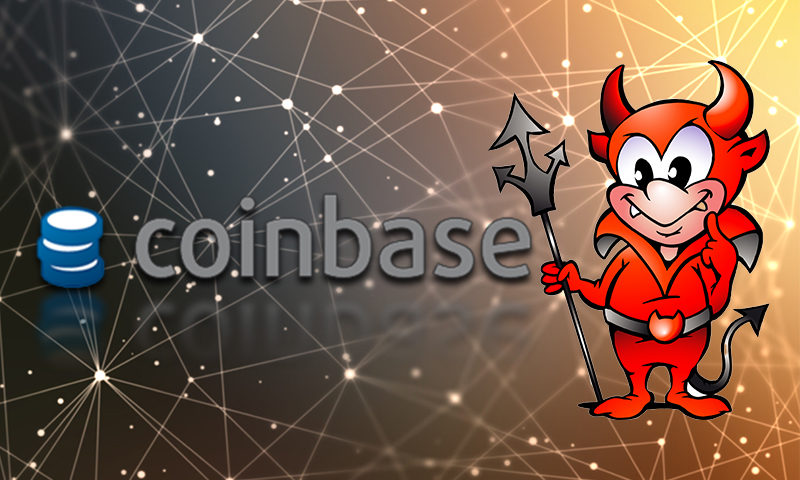 After a long wait and some controversy, Coinbase users finally got the opportunity to claim their Bitcoin Cash. Soon after Bitcoin Cash trading was enabled on Coinbase, there was a surge in price and then a sudden crash. On the 20th December, Coinbase temporarily halted Bitcoin Cash trading. There were rumors of insider trading. According to Coinbase executives, the company strictly prohibits employees trading on what they call ‘material non-public information’. Knowledge of such information can greatly impact the outcome of a trade, which in the current ecosystem would be considered as a gamble by many.

Following these allegations, Coinbase immediately shut Bitcoin Cash trading down. According to their official Twitter account, any employees found to have any links to the alleged manipulative trading patterns, would be instantly terminated. Prior to the news leak by online outlets, many individuals considered ‘self-made experts’ have pointed out the sudden price change when Coinbase decided to add Bitcoin Cash to its exchange. Actions like these – should the alleged insider trading prove to be real – constitute negative publicity for cryptocurrency markets.

Coinbase itself should be held responsible if these accusations prove to be true. This is because its reluctance to give its users their BCH following the fork right away, created the conditions for insider trading to take place. Had Coinbase given its users the possibility of splitting their Bitcoin Cash right after the fork, there wouldn’t have been any opportunity for insider trading, because trading volumes would have developed spontaneously. The long wait generated a lot of hype, and once all the coins were split, they all hit the market at the same time.

This case of alleged insider trading on Coinbase, puts the spotlight on the behavior of all the exchanges regarding future forks. Since Bitcoin Cash is just one of many crypto ‘forks’ coming up, speculation is bound to play a bigger role if exchanges don’t allow for the immediate splitting of coins. A perfect example of an upcoming event that might raise more speculation is the NXT snapshot. While not exactly a fork of any sort, the NXT snapshot is taking place on the 1st of January. This explains the steep price rise for this altcoin. For every NXT held, holders will receive 0.5 IGNIS, which will essentially be a child chain of the ARDR platform.

Snapshots and forks like the ones mentioned above, mean there is more room for fraudulent behavior from internal employees who have constant access to information. The flow of this information is often difficult to control since not all information trails can be traced. With sophisticated trail covers, insider trading is increasingly difficult to identify.

Following Bitcoin Cash’s rally to a price around $9000 USD, analysts and mainstream media started focusing on the problem as well. Cryptocurrency enthusiast Albert Renshaw came forward on Forbes with the following statement:

“I’ve found an isolated one instance of insider trading on BCH in addition to GDAX/Coinbase.”

Renshaw provided screenshots of a discussion that seems to have taken place on Reddit. While the conversation as a whole was deleted, there is an archived copy of it. A user by the name of ‘mukiwa2’ stated “I have a mate at CB ;)”, obviously hinting the flow of inside information from a worker at Coinbase. This is not by any means solid proof of insider trading, but the hint still highlights the potential problem, and Coinbase, as well as other exchanges should address the issue, even if there have not been any instances of insider trading yet.

It is difficult to control instances of insider trading due to the free flow of information. However, companies responsible for handling the information should come up with specific measures. The disclosure of major decisions to the public, should be managed more carefully. There should be appropriate backup measures such as strict formal agreements that punish those who breach confidentiality. On the other hand, releasing splitting tools immediately after a fork and crediting users with their airdropped coins immediately after the snapshot implementation, should serve to curb insider trading opportunities as well. Hopefully Coinbase and other exchanges learned the lesson this time over.