Interview With The Creators Of ZrCoin 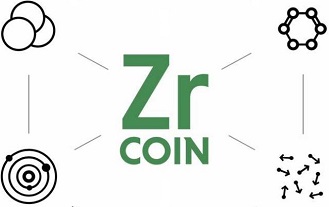 Everyone in the cryptocurrency space knows that blockchain applications are potentially infinite. That means there will always be a first time for any given process, company or industry to engineer a blockchain-powered solution. For the creators of ZrCoin, it is all about being the first to integrate an industrial production process based on a commodity, to the world of blockchain. To find out how they plan to do so and what the advantages of their blockchain idea are, we decided to interview their staff. Here is what we found out about their project.

ZrCoin: Commodities on the Blockchain

Bitcoin Chaser: ZrCoin is probably the first blockchain based project that is directly tied to the production of an underlying commodity. How did you come up with the idea for this project?

ZrCoin: The main idea of our initiative is the implementation of an innovative technology in the field of financing industrial projects related to the processing of industrial waste. Because it’s not a favorable time for Russian banks to be financing such venture projects, we decided to crowdfund investment using blockchain technology. Our team is moving with the times, which is why we decided to become innovators in this field – so the ZrCoin project combines new financial technologies with the latest industrial ones.

BC: Most of the people involved in the ZrCoin project are not blockchain specialists. Why did you choose to finance it through an ICO?

ZC: We decided to use blockchain technology because we consider it to be safe and transparent for investors. It is also a very convenient way to conduct an ICO. Right now, blockchain technology is being introduced everywhere – including in banks, social projects and other areas. We’ve heard about it on the radio, seen it on our TV screens, read about it on the Internet. Dmitry Medvedev, the Chairman of the Government of the Russian Federation, and Herman Gref, the Chairman of the Board of Sberbank (the leading bank in the Russian Federation), have also spoken about blockchain technology. We’ve decided to become participants in this new movement. In addition, it’s now easier than ever to create digital tokens, thanks to the existence of various special services. To implement the ZrCoin project, we chose the Waves platform.

BC: Your ICO is Waves-based whereas most ICOs now are Ethereum-based. Why did you choose Waves?

ZC: We have chosen the Waves Platform because it is simple and easy to use. In addition, the project has Russian roots, implemented by Sasha Ivanov and based in Moscow. I believe that the Waves Platform has great prospects in Russia.

BC: The token you offer – ZrCoin – is basically a bond. It has a fixed return of 5.5% monthly and you will buy those tokens back at a certain point in time. How will you do this if there are people who are not willing to sell their tokens back?

ZC: The buyback will be made through the personal account of each user. The cost of the token increases by 5.5% per month. The buyback begins a month after the official start of production, which according to our forecasts will be 8 months after the ICO has ended. The amount of funds allocated for the buyback will be at least $400,000 per month. If the tokens are not repurchased or if a part of that amount remains, these additional funds will be added to the next month’s buyback. The intended schedule of payments is presented in the table below:

After 18 months, we plan to launch the next phase of the project. All ZrCoin investors will be offered a buyout, or else to invest their ZrCoins in a new project. By this point the price of ZrCoin will have reached $2.80 (assuming an increase of 5.5% per month). In addition, ZrCoin will also be traded on cryptocurrency exchanges.

Why Set ZrCoin up as an ICO?

BC: An ICO takes a considerable amount of time to set up. Why do you think you would be better off launching ZrCoin than investing the time you invested in preparing the ICO in getting a bank to finance the project?

ZC: Our project is a venture fund. Russian banks are not prepared to finance such projects at the current time. Banks simply give loans for mortgages, the cost of which is twice the amount of the loan. It would take as much time to comply with the bank’s analysis of our project as it would to prepare for the ICO. Therefore, we have decided to crowdfund investment using blockchain technology. In addition, the ZrCoin project turned out to be use-case for cutting-edge technology – and we believe there is a big future for new technologies!

How will this Token work exactly?

ZC: We intend to implement several projects using the ZrCoin token. I think it will be a cluster of industrial applications, consisting of several high-tech enterprises, where our industrial developments will be realized. We also plan to hold an IPO and exchange ZrCoin tokens for company shares on an auction basis.

BC: Since this ICO is tied to a commodity as well as to proprietary technology and a factory, investors are exposed to many more risk variables than they are used to in the blockchain space. How can you bridge the gap and convince people to invest in ZrCoin?

ZC: I believe that the ZrCoin project is less risky than standard crypto projects, because all the equipment and property assets will be bought for the investment received. And this means that the investment is secured by real property, and investors’ income is provided by the commodity produced. The product is scarce and highly in demand, so there will not be any problems with its implementation. This is the first industrial project that uses a blockchain-based option. All the information about the technology we are using to manufacture our product is published on our website; additionally, the technology was presented at the “15th International Conference of Refractories and Metallurgists”. It was also published in the journal “Novye Ogneupory”. We are constantly answering questions from potential investors and adding answers to the website. We participate in debate on the forum. In the near future, we plan to hold a conference, which everyone can attend, and which will be broadcast over the Internet. We are trying to be as transparent as possible. We understand that the future of using blockchain technology in industrial ICOs might depend on the result of this project.

BC: How many ZrCoins will there be in circulation? What will the exchange rate be for the ICO?

ZC: The final supply of ZrCoins will depend on the amount of funding collected at ICO. The cost of the token is given in dollar-equivalent amounts. The minimum cost for one ZrCoin during the ICO is $1.40. The prices throughout the ICO are presented in the table below: