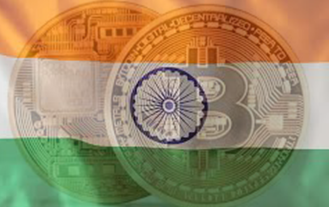 Narendra Modi, India’s Prime Minister, made a surprise announcement on November 8th, declaring that high denomination banknotes should be out of circulation. The announcement sparked an ATM run. Banks ran out of cash, since the banned banknotes were up to 86% of the money in circulation – according to Bloomberg. The measure is part of Modi’s plan to reduce tax evasion, and some news outlets reported that demand for bitcoin in India soared as a result. Bitcoin prices however, don’t necessarily show a big shift towards the digital asset and away from other more traditional hedging tools.

The main indicator that can determine if demand for bitcoin did indeed increase after Modi’s announcement, would be the price of bitcoin. This indicator however, is too broad to assert any correlation. Last week in particular was quite a busy week in the markets, given Donald Trump’s surprising win over Secretary Clinton in the US presidential elections. In fact, Modi’s announcement and the election, took place on the same day.

Price charts show that bitcoin prices rose on November 9th, in the morning. This coincides with the release of the US presidential election results. Modi’s announcement could have had an impact on demand for bitcoin in India, but looking at prices after bitcoin peaked at $739 USD, might suggest that demand from India was not a main factor. In fact, as banks in India ran out of cash, bitcoin prices came down. This coincides with the adjustment after Trump’s shocking victory, which brought the Dow Jones industrial to record highs – after the initial panic.

It is also widely known that people in India buy gold to hedge. Even if demand for bitcoin did indeed rise in India as a result of the bank runs, most of the people there would have actually bought gold instead of bitcoin. This leads to the second caveat that makes the ‘demand from India’ theory look weaker: even if demand for bitcoin rose in India due to Modi’s plan, it might not have risen enough to impact price the way analysts might tend to think. Nevertheless the whole ‘demand from India’ theory, cannot be completely discarded especially because of the sheer amount of people there who do not have access to banking, but have access to the internet.

Establishing whether demand for bitcoin increased in India as a result of a governmental decision that took people by surprise, might be more difficult than it seems. People are likely to prefer a traditional asset such as gold to hedge against any uncertainty. However, this case does highlight the advantages that bitcoin can bestow upon the average Indian citizen. Given that bitcoin supply is known and the mechanisms that control it are trustless and decentralized, users will never face the consequences of sudden governmental whims. Bitcoin is also an excellent asset for those who do not have access to banks. Both of these arguments would make this cryptocurrency a great option for people in India especially due to the ATM runs and the uncertainty that Modi’s government created last week.