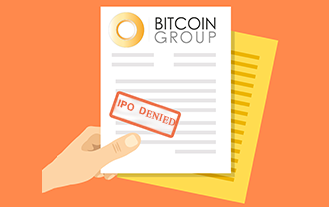 The first ever Bitcoin mining IPO will have to wait. The Bitcoin Mining Group, which had submitted documentation for an IPO on the Australian Stock Exchange – ASX – has been forced to withdraw the IPO. The withdrawal is due to the fact that the Australian Securities and Investments Commission – ASIC – is not satisfied with BCG’s ability to forecast the future price of bitcoin. ASIC concluded that there was “no reasonable basis” to forecast the future value of bitcoin, sending the whole deal into a tailspin. On its part, BCG will return the $5.9 AUD it raised and will wait until after the bitcoin halving to re-submit its application for an IPO.

BCG had to submit a report by an independent accounting firm, to support its projections as part of the IPO process. Local media reports from the Sydney Morning Herald claim that the crucial part of the report into BCG’s finances and how the company is going to meet the minimum working capital requirements, hinges upon the price of bitcoin. Since there is a halving coming up, the accounting firm worked with a few possible valuations, the more conservative of which was that bitcoin would go up to $500 USD when the halving occurs. ASIC was not satisfied with these calculations, asserting basically that there is no way of knowing what the future value of bitcoin will be.

The halving is surely going to push the value of bitcoin up. In terms of exchange rate forecasting, it is also safe to assume that a projected increase in future exchange rates, will have an effect on the current rates. This means that although calculating the future value of bitcoin is extremely hard with any acceptable degree of accuracy, the trend should be clear. Moreover, bitcoin has been oscillating between $350 and $450 USD for the last 4 months. It is safe to assume that a price floor given current conditions, will not drop below the $350 USD mark.

Therefore accepting a scenario in which bitcoin hits the $500 USD mark for working capital purposes, is not far-fetched at all. The safest assumption that can be made to support an increasing amount of working capital, without putting a precise number on the price of bitcoin, is that a scarce resource will increase in value if supply drops and demand is constant. Bitcoin borrows many characteristics form physical commodities, including imminent scarcity implications. The demand for bitcoin on the other hand, is healthy. This means that ASIC could have easily taken the $500 USD valuation even if they didn’t expect bitcoin to go that high immediately after the halving. Bitcoin will probably reach that price at most a month or two after the halving if it doesn’t reach it right after.

BCG seemingly got the short end of the stick. Management wanted to use the money raised during the IPO to invest in mining equipment and gain more bitcoin rewards. Given that bitcoin supply is dwindling, it is hard to see how they will make up for the time they are going to lose between now and the next IPO attempt after the halving takes place. However, next time BCG goes for the IPO, the accounting short comings will probably be gone, due to the expected increase in bitcoin price. BCG will then be presenting facts instead of estimations, and its stock might even benefit over the medium term from this IPO ordeal, thanks to stronger bitcoin prices.