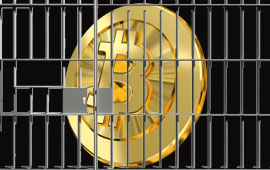 With two major breaking news stories revolving legal side of Bitcoin hitting this week, we decided to include both into a general Bitcoin Legal Roundup. Will this become a continuous column? Maybe, that’s actually not a bad idea.

Anyway, there have been new developments to two separate Bitcoin legal cases that we have published in the past. First on the agenda, what is likely the more serious issue, is how the two federal agents charged with theft of Bitcoins in the Ross Ulbricht/Silk Road case have decided to plead guilty. Secret Service agent Shaun Bridges submitted a guilty plea and will not make it to trial. A few days thereafter, DEA Agent Carl Force submitted his guilty plea as well.

The investigation in which both Force and Bridges were involved eventually led to the arrest and trial of Ross Ulbricht, whose defense was aware of the agents’ actions but was prohibited from revealing that information.

The guilty pleas are sure to have an effect on Ulbricht’s appeal to his life sentence on the basis of the investigation for which he was charged being filled with corruption. The guilty pleas have moved the alleged corruption and theft into the definite and certainly this will be used by Ulbricht’s defense in his favor. 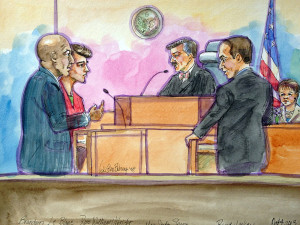 The next major Bitcoin legal story to come to light this week involves Bryan Micon – the former chairman of Seals With Clubs Bitcoin poker site who oddly uploaded video himself enjoying a tropical paradise in the wake of the site’s closure. Micon was charged for illegal gambling operations in the state of Nevada but was conveniently not located within the United States until now.

The judge recalled the arrest warrant for Micon, allowing him to travel, and set a hearing for this coming Thursday – where Micon is expected to be present. Unlike Agents Bridges and Force, Micon maintains his innocence and believes in his defense attorneys. If charged, he could see up to 10 years in prison and a $50,000 fine for not procuring the appropriate gambling licenses required in the State of Nevada. 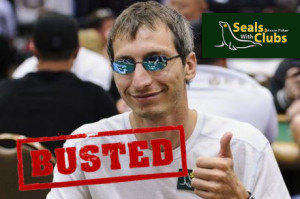 Like Ross Ulbricht, Micon set up a crowd funding campaign on GoFundMe for his legal costs, but the site ceased funding back on May 16th.

Will Micon follow in the footsteps of the federal agents and plead guilty? Or will we see him enjoying profits from his new Bitcoin poker site SWCPoker? We will find out soon enough… if he can pull himself from the beach and make it back to the US.