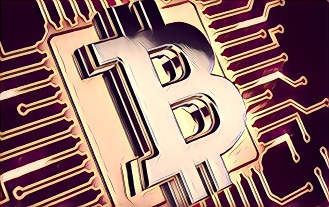 Cryptocurrency markets were soaring, with several assets looking for new all-time highs. Bitcoin was on the verge of the $5,000 USD mark, Litecoin was surging and surpassed the $90 USD mark for the first time ever. Even Ether was toying with its previous all-time high, coming close to the $400 USD mark. On Saturday, markets turned around. It seems investors spotted a peak and decided to take profits, or exogenous factors like a Chinese crackdown on ICOs, turned investor sentiment. As a result, bitcoin and other digital assets took a hit and cryptocurrency markets erased about $13 billion USD on Saturday.

Did Bitcoin Take a Break or did a Bubble Burst?

Many are asking themselves if this was a simple opportunity to take profits, or if the sudden downturn will have a lasting effect. Although cryptocurrency markets are extremely hard to call, the downturn seemed to have reversed on Sunday somewhat. Nevertheless, early on Monday morning, the downturn trend resumed, with news of a Chinese crackdown on ICOs. It seems the overall trend on bitcoin price charts at least, indicates a positive trend altogether. Therefore, a recovery could come later this week.

If Bitcoin and Other Cryptocurrencies Start Rising Again, How Much Will They Rise?

It is hard to tell when investors will take more profits next, if markets start to rise again this week. It all depends on how much more they rise. Now that SegWit was activated on the Bitcoin network, and other cryptocurrencies face similar stability on the technical front, analysts will be able to develop clearer patterns. Their ability to call peaks might improve, but the lack of predictability in cryptocurrency markets is a ubiquitous feature, especially when exogenous factors – bitcoin ransomware attacks or sudden changes in government policy, like the Chinese announcement on ICOs for instance –  can play such a key role. Therefore, it is impossible to establish how much more will bitcoin and other cryptocurrencies rise before we see the next correction, if positive sentiment returns to the markets this week.

How Long Can Bitcoin and Cryptocurrencies Rise for?

Due to these exogenous factors, it is impossible to say how long will bitcoin or other well-established cryptocurrencies will rise for if and when markets turn positive. Digital scarcity all but guarantees that endogenous forces will keep on pushing prices up for as long as there is demand. Nevertheless, if there are radical changes in exogenous factors, mainly in the attitude of certain influential governments, the markets can swing downwards in the blink of an eye. Given the relative stability on the technical front for the foreseeable future, and digital scarcity, analysts will have to shift their focus to exogenous factors more to understand how to manage their investments. In any case, it seems that Saturday’s downturn followed by Monday’s downturn might be inconsequential in the long term.