Blockchain Ledgers 101: Everything You Need to Know

A ledger is a system of recording financial transactions to ensure that all credits, debits and assets are balanced and accounted for. But Blockchain has revolutionized what a ledger can do. 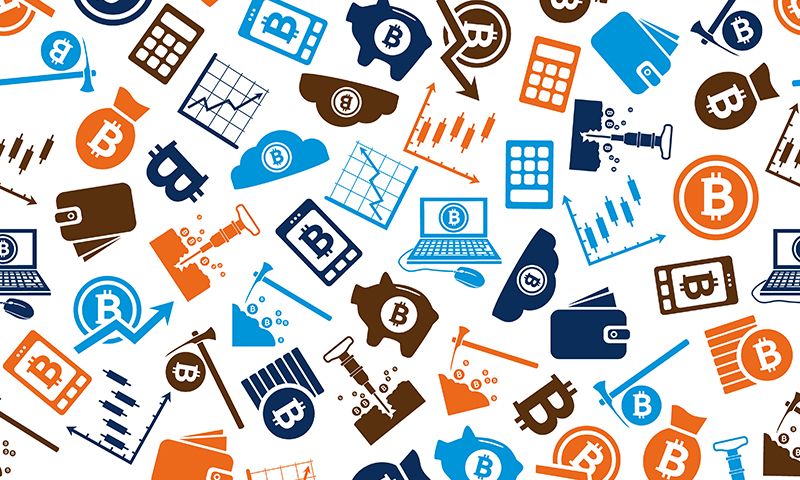 What is a Ledger?

A ledger is a system of recording financial transactions to ensure that all credits, debits and assets are balanced and accounted for. Traditionally, this was done using paper and filing systems, but has since been widely been moved to digital data management. While there are three main types of ledgers, namely the purchase, sales and general, it is the general ledger that is most relevant when discussing blockchain ledgers. A general ledger is the most inclusive type of ledger, as it incorporates debits, credits, assets, liabilities and capital. This will be discussed in greater depth below.

An Overview of Traditional Ledgers

Original hard-copy ledgers were created to record all financial transactions, as well as to track asset acquisition and value. To do so, the instituted as double-ledger system of accounting, whereby at the simplest level, one column would record debit values, while the other would record credit values. This entails the use of three ledgers, each with a double-entry system connected to it. The three ledgers would represent Assets, Liabilities and Equity, with Equity being calculated based on Assets – Liability.

Part of this process would entail the bookkeeper or account’s creating a balance sheet or each ledger. They would then enter items of fixed value and then the depreciated and appreciated values of the other various assets. This means that they would adjust a particular item’s value based on the general rate of appreciation or depreciation for a similar asset on the market. For instance, the value of a land or certain stocks, whereas the value of a car depreciates as soon as it is driven out of the show room. The accountant would then have to balance the ledgers in a way that would show an exact balance between the debit and credit columns in the ledger.  These balances would then be used to calculate an individual or company’s overall equity.

An example of this would be where an individual was to buy a car in cash. This would be credited in the cash ledger column and debited to the asset value column. As this would be balanced, the overall equity of the individual would remain the same. In modern times, this process has been digitalized, thereby rendering the process far-more time effective, and less prone to human-error. But, there is always the chance that an individual may forget to enter a piece of data.

However, there are certain entities where this process is automated. A prevalent example of this is with banks. If one were to look at their account balance either on-line or when they receive the quarterly overview in the mail, they would see that their transactions are also reflected in dual columns, where debit transactions are recorded in one column and all credit transactions in another. If a person were to conduct all their transactions via debit and credit cards, as well as internet transfers, as opposed to cheques and cash, it could be possible for all transactions to be reflected on the person’s account.

Digital ledgers generally store data in a central location. This means that an individual can choose to store their personal budget on their computer or on a cloud-storage platform. If anything should happen to their computer, then the data is permanently lost. So too, cloud storage platforms usually store the user’s data in a remote database that is centralized. This content is backed up on their servers, but it could still get lost or become corrupted if there should be a system failure or if a malicious actor attacks the system. It is also possible for network errors to fail to record transactions.

Furthermore, as the system is centralized, only those who can access the documents and accounts will be able to review the account-holder’s activities and transactions. This is a system that ostensibly emphasizes privacy and discretion over transparency and traceability.

Ostensibly, because there are known issues concerning both security and confidentiality in many centralized databases. In cloud storage, this is evident from documents that are accidentally stored with public permissions or which, once shared, are out of the control of the original data owner and are therefore free to be potentially distributed among others without the consent of the owner. Likewise, data stored transmitted on digital devices could be hacked.

What is a Distributed Ledger?

As with the digital accounting ledger described above, distributed ledgers are digital, meaning that they have no tangible form, as all transactions are stored electronically. A distributed ledger differs from the ledgers described above in that it is decentralized. This means that instead of being stored in a single, centralized data base, the data is stored across several computers in a blockchain network. Computers on this kind of network are known as nodes. Each node can enter data independently, but the entry will only be accepted by the network once there is consensus among nodes about the change.

The Importance of Consensus on a Blockchain Network

Consensus will be established through a system of checks, whereby a transaction that is broadcast by a node will be checked by the next node before it is passed along. When the nodes check these transactions, they basically scan the distributed ledger to ascertain whether or not the funds belong to the entity transferring them, and whether they haven’t been spent yet. The next node will then check and authenticate the transaction again before passing it on to the next node. This process will be repeated across a series of nodes in the network until there is consensus for a change. Then the ledger can be altered to either create a new entry or validate a transaction.

This process of establishing consensus is necessary as it does not allow for alterations that might attribute money to people who have already spent it. Likewise, to change the protocol coding also requires the consensus of the majority of nodes in the network. Miners then take care of time-stamping the transactions, to finalize or confirm the transactions, which is the final step needed to introduce a change in the ledger. Since every transaction is rooted on a previous one, it is nearly impossible to change the ledger or “cook the books”. Conversely, traditional double entry ledgers are susceptible to these alterations.

This system can be applied to a wide spectrum of industries that distribute and share data. Land titles, distributed file storage and certificates of authenticity are a few examples of items that can be accounted for on a distributed ledger. A fairly mainstream example of a distributed ledger this is torrent technology that operates through downloading and seeding data. In this instance, as the user’s data is distributed across multiple nodes, the data is less susceptible to file corruption, deletion, or malicious attacks, as any alterations to the data would require the consensus of the majority of nodes in then network. It is important to note that not all distributed ledgers operate on a blockchain.

So, What is a Blockchain Ledger?

A blockchain is an open-sourced type of distributed ledger. In this instance, each new piece of data is either stored or encrypted in a block of a blockchain. A blockchain, essentially works through the cryptographic hashing of data based on the authentication and resolution of a consensus algorithm. Once authenticated, this data is encrypted, meaning that while the transaction is transparent to all nodes in the network, fund ownership is limited to the person holding the private keys. In simple terms, a blockchain protocol is created by a developer to be decentralized through the implementation of a distributed ledger framework. This framework allows for data to be transmitted in a secure manner.

The Potential of Blockchain Ledgers

Therefore, from this we can see that blockchain ledger technology has the potential to be the most secure and immutable of all the methods of data storage and transaction. The technology is still in its early phases and will require more work to expand its application beyond financial transactions.