Bitcoin Pizza Day and Why It Is Important

How the purchase of two Papa John’s pizzas on May 22nd, 2010, was one of the most important milestones in Bitcoin’s history. 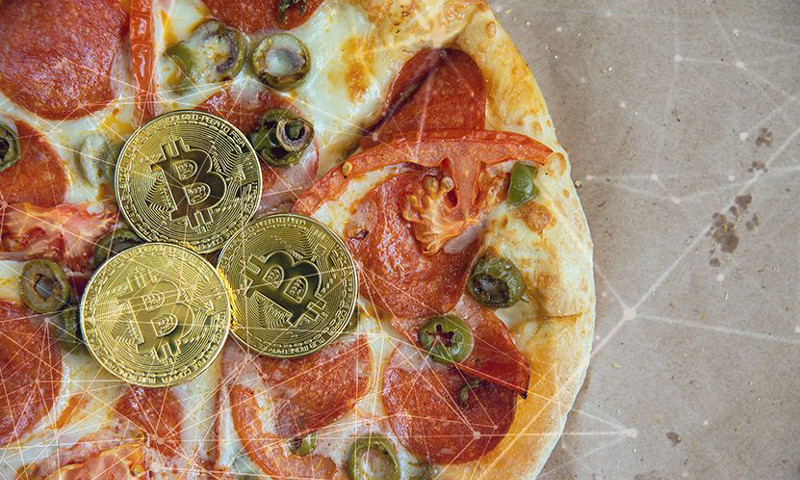 Satoshi Nakamoto released the first functional cryptocurrency the world ever knew, but pizza is definitely not an invention Nakamoto or anyone in the Bitcoin community can claim as theirs. So, what is Bitcoin pizza? Is it a new flavor that cypherpunks, crypto-anarchists, libertarians, and other cryptocurrency enthusiasts order when they come together on a certain day in May?

Bitcoin pizza means different things to different people. What everyone can agree on – if anyone can agree on something in this space – is that a purchase of two pizzas on May 22nd, 2010, was one of the most important milestones in Bitcoin’s history. On that day, Laszlo Hanyecz, who had mined some coins on his computer, had 2 pizzas delivered to him after posting the request on Bitcointalk 4 days earlier.

The Price of a Bitcoin Pizza Then

Laszlo offered to pay 10,000 BTC for the 2 pizzas he ordered. In hindsight, those might have been the two most expensive pizzas in history. They were also the spark that got the Bitcoin economy going, so that purchase might be more valuable than most people would think. In fact, this purchase is so important to the wider cryptocurrency community, that many celebrate Bitcoin Pizza Day on May 22nd.

At a personal level, if Laszlo had another few thousand coins stashed, by sparking the Bitcoin economy with that purchase, he might have given his remaining coins much more value than they would have had otherwise. That gives him a great reason to celebrate Bitcoin Pizza Day. In any case, for those who are wondering just how much those 2 Bitcoin pizzas cost back then, and through that derive what the price of Bitcoin was on the first Bitcoin Pizza Day, we have all the relevant numbers. According to Laszlo’s post on Bitcointalk, these are the relevant details:

The Price of a Bitcoin Pizza Now

Whether it was priced at a quarter of a penny or a little higher than that, Bitcoin was dirt cheap back then. That fact makes the purchase even more remarkable. Getting someone to deliver pizza for an esoteric online form of P2P cash that is not well-known and has an uncertain future, is no small feat. Now Bitcoin can be used to buy a wide variety of goods and services, although it price is more volatile than that of fiat.

Within the same thread, just a few months after the first Bitcoin pizza purchase, you will be able to see that people were already astonished at the price that Laszlo paid. So, how much would you pay right now for your pizza if you can purchase it with Bitcoin? We have come up with our very own calculator so you can figure the price of your pizza in BTC right now.

Perhaps further iterations of this calculator will allow us to study purchasing power parity of Bitcoin in different countries. Just like The Economist has its Big Mac Index, we might benefit from having a Bitcoin Pizza Index. We could also extend it to other currencies and produce the kind of data that will allow us to understand how much Bitcoin and cryptocurrency prices advance in comparison with local inflation.

But for now, this calculator is our tribute to that transaction that put Bitcoin on the map and sparked the whole concept of Bitcoin Pizza Day. So, next time you hear about Bitcoin Pizza, you will know where the concept comes from, why every year we celebrate Bitcoin Pizza Day on May 22nd, and how much would a pizza cost you today if you paid for it using BTC.