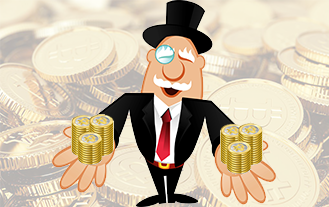 Reports about the growing enthusiasm with which central banks in many countries are working towards the adoption of blockchain technology, are becoming more common. Many of these central banks are conducting “experiments”, trying to understand how to mount national currency infrastructure on a distributive ledger. Others – like the Bank of Canada – are conceptualizing blockchain-powered inter-banking settlement systems. But when it comes to implementing these experiments, there are still serious political, legal, social and economic challenges that are seldom mentioned in the media. Governments and central banks might discover that their experiments will not yield a solution to their biggest blockchain challenges.

Blockchain-Powered National Currencies and their Challenges

The degree to which the public might hold its government accountable for the possible pitfalls of implementing a blockchain-powered national currency varies. For instance, it is likely that countries like China and Russia might be able to push for completely transparent blockchains, in which every transaction is public, like it is on the Bitcoin network. Other governments might face powerful opposition from people seeking zero knowledge proof currencies, like Zcash, to protect their privacy if and when their national currencies become blockchain based.

Although the question of privacy could well be the most fundamental and hard to solve of them all, central banks and governments have a few other practical challenges to consider before they opt for a blockchain-powered national currency. Here is a list with some of these challenges, which is by no means exhaustive:

Is the Science Easier than the Politics?

There is no doubt that governments and central banks would face many challenges if and when they decide to switch to a blockchain based currency. Most of these challenges are not really technological, but rather a matter of legislation, political will and practicality. It would be interesting to see if the experiments that these central banks are conducting, are as much about understanding how to overcome the aforementioned obstacles as they are about testing blockchain mechanisms from a technical perspective.

Learning from other Blockchain Experiments

As incredible as it may sound, the political pitfalls may be harder to overcome than the technical ones. Many of the cryptocurrencies that are now in circulation have dealt with technical difficulties, including bitcoin. All these technical difficulties can be solved and it is generally only a matter of time until they are. But if governments are really keen on learning about cryptocurrency projects in order to mount their national currencies on a blockchain, they should be observing the political gridlock that the implementation of many of these technical solutions elicit, while they conduct their blockchain experiments. It would be difficult to believe that changing the operational nature of money in any country so deeply, will not prompt the same kind of fierce political uproar that bitcoin’s block size debate has sparked.