Russia Warming up to Blockchain, not Bitcoin 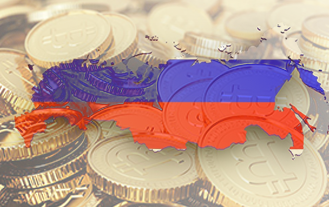 To say that Russian authorities have been particularly tough on bitcoin users is an understatement. Government agencies, legislators and members of the government repeatedly came out against the currency. In some cases, officials even threatened to send bitcoin users in Russia to labor camps. These officials have also tightened regulation regarding electronic payment methods. However, Russian officials have warmed up to blockchain technology recently. This shows that regardless of how bitcoin is perceived, the potential that blockchain technology has to change a myriad of industries, cannot be ignored. Russia’s central bank has therefore decided to join the change instead of fighting it.

This is hardly a nod to bitcoin or any other cryptocurrency. Russian authorities are hoping they will be able to de-couple blockchain from bitcoin, thus keeping the advantages and discarding what they claim are bitcoin’s disadvantages. Russian officials claim that cryptocurrencies can be used to finance terrorism and criminal activity, such as money laundering, which is correct. The point is that until now whoever wants to engage in any kind of illegal activity, has done so using cash and other assets. Since fiat fuels the bulk of these activities, then Russian officials might as well ban cash. Therefore there should be stronger reasons behind the tough stance on bitcoin.

Since guessing which other reasons Russian officials might have to ban cryptocurrency use within Russian territory is difficult – if not impossible – one can only speculate. Nevertheless, it is much more encouraging to try to understand why Russia’s central bank would be interested in the study of distributed technologies like blockchain. Does this mean that the Ruble will become the first national currency to go on blockchain?

Russia is not the first country to change its stance on blockchain technology. The Chinese authorities also changed their stance on blockchain and the Chinese central bank is now considering to issue its own cryptocurrency. But there is more to the roundabout in Russia than just to chase the first mover. Blockchain will become one of the most important focal points for technological development in the world. Russia must be prepared for that if it wants to be competitive and move its economy beyond its heavy focus on natural resources.

In many cases, to be competitive or even merely relevant in certain industries, countries must allow for policy convergence. In the case of bitcoin and the blockchain, Russia will have to allow for convergence. So far it seems like Russian officials will work towards a formula in which they can take advantage of blockchain while keeping bitcoin and other cryptocurrencies strictly off bounds. That will be quite difficult to do, especially if they want to encourage local development of blockchain-based FinTech.

Let Them Play With Those Coins!

The best way to encourage widespread blockchain-based technological advancement, is precisely by letting people gain experience with it. The best way to do so right now is, of course, to let people use bitcoin and other cryptocurrencies. The more Russians make transactions and explore everything that the blockchain has to offer, the more they will come up with ideas on how to use it for other purposes. In the meantime, it seems that official Russia will not change its stance on bitcoin, hoping it can still take advantage of blockchain without it. Whether the de-coupling will succeed or not is yet to be seen.