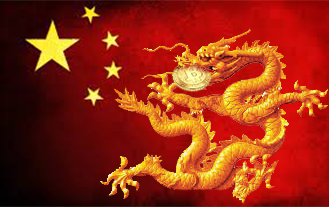 The official attitude in China towards Bitcoin and cryptocurrencies has been more volatile than the markets. The central bank first condemned Bitcoin and urged banks to stop doing business with Bitcoin related companies. It seems however, that they saw the silver lightning through their Bitcoin scorn. China’s central bank has now declared that it will think about issuing its own cryptocurrency. Although it will not compete with Bitcoin, it will probably take on many of its characteristics, which makes for an interesting policy making U-turn. At least this announcement shows that official China is eager to jump into the cryptocurrency fray and exploit its advantages, or maybe exploit it to its own advantage.

The Wonders of Block Chain

After declaring that one of its main goals is to fight corruption, the Chinese government could certainly use the wonders of the block chain to do so. The distributive ledger that records every transaction, will help authorities gain insight into corruption related money transfers. However, the benefits of block chain in tracking illicit money transfers, may not be enough to take care of the problem. In any case, there are many other ways in which someone could transfer a bribe. Bitcoin for example, could be used for this purpose if the parties involved are savvy enough to use its ‘pseudonymity’ to the fullest extent.

If Bitcoin trumps the proposed ‘crypto-Yuan’ or any of its purported goals, Chinese regulators will have no other choice but to ban it. That may require a great financial firewall. In the meantime, Chinese Bitcoin miners could be seriously affected. Since more than half of Bitcoin mining takes place in China, this will pose a problem to the Bitcoin network as a whole. Even if it is only a hypothetical scenario, the Bitcoin community should be following the developments closely. The Chinese public on the other hand should be aware of the fact that a ‘crypto-Yuan’ may serve to curb their freedoms even more.

If the Chinese central bank can track every transaction, the government will be able to follow the activities of its citizens even more closely. But this is not only a concern for Chinese citizens, it may also raise concerns within the business community. Anyone conducting business in ‘crypto-Yuan’ would be volunteering information to a government that has a controlling stake in many companies. Companies will be reluctant to compete under those rules.

If and when China goes ahead with its own cryptocurrency, it must take every measure possible to reassure the public that it is going to implement the measure in a way that benefits every stakeholder. Fair treatment of private businesses and Chinese consumers under the ‘crypto-Yuan’, will allow China to advance its image as a business friendly country. Given China’s importance in the world economy, officials should refrain from exploiting the cryptocurrency unfairly to their own advantage and to the detriment of other cryptocurrencies.