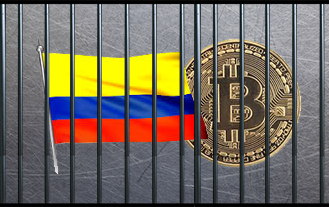 The Colombian Business Superintendence reasserted the government’s position against the use of bitcoin within the country. El Tiempo, a local newspaper, reported that there could be some cryptocurrency related Ponzi schemes happening in Colombia, which could have prompted the reiteration of Colombia’s questionable policy. Rising bitcoin prices might also be a factor driving these Ponzi schemes. Nevertheless, the anti-cryptocurrency policy of the Colombian government probably stems from its longstanding tradition of stifling financial innovation and obsessively trying to control money flows in the country.

The Article Shows Misconceptions about Bitcoin and Cryptocurrencies

Colombia has battled against money laundering – most of which stems from drug trafficking – for decades without being able to stomp out the phenomenon. The government institutionalized banking regulation and policies to battle money laundering that served to exclude ordinary citizens from the banking system. Those who are excluded from the banking system, are the ones who would benefit the most from bitcoin use.

El Tiempo’s article falsely asserts that cryptocurrencies such as bitcoin could facilitate money laundering and other illegal activities. This harms the interests of those who do not have access to banking. These views – based on ignorance more than empirical research – have influenced government policies and should not be promoted.

The Business Superintendence in Colombia Issues a Stark Warning

Nevertheless, this is not the only possible reason why the Business Superintendence of Colombia – which is a branch of the Ministry of Commerce – issued the warning. It is possible that Colombia’s banks also nudged the government to oppose bitcoin and other cryptocurrencies. After all, the banks are the ones who stand to lose the most from a surge in cryptocurrency use in Colombia. The banks profit from these archaic banking policies, since it enables their monopolistic behavior.

Colombian Policy Makers should look for the truth about Bitcoin

There is no doubt that for all those Colombians who do not have access to banking services, bitcoin is a great alternative to the banking monopoly. The government in Colombia should be encouraging the use of the coin and other cryptocurrencies instead of stifling it based on rumors about criminal activity that are simply false. Colombian policy makers should get acquainted with the blockchain and understand that every transaction on it can be traced, making it an unlikely tool for money launderers. The Colombian government should be making policy based on facts; it should understand that criminals are more likely to use its own currency and other fiat currencies to commit crimes, because cash is genuinely the most untraceable kind of money that exists.

By making bitcoin and other cryptocurrencies illegal the Colombian government is only hurting Colombian citizens. Beyond access to banking and the fact that criminals are more likely to use cash, these policies are also preventing Colombians from participating in one of the most promising technological revolutions of the 21st century, legally. The government should at least be wise enough to understand that making bitcoin illegal will not stop people from using it, especially since it resides in cyberspace and not within Colombia’s sovereign territory. Colombians should be able to have the freedom necessary to use bitcoin legally and explore the benefits it might bring to their lives without the fear of having the government label them as criminals.