Elon Musk is one of the most prominent cryptocurrency advocates in the world, but what he has said about Bitcoin and other cryptocurrencies? 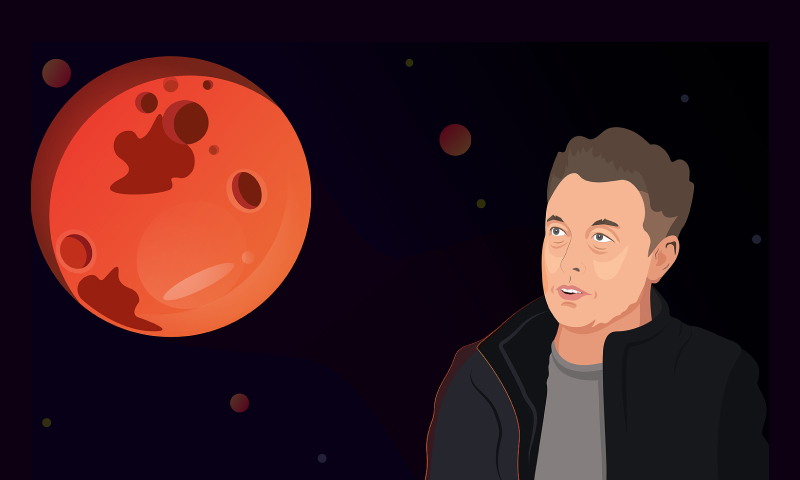 Elon Musk is a South African-born business magnate and techno genius. He got his start in business in 1999 when he decided to drop out of university to create a startup called Zip2 with his brother, Kimbal. They sold Zip2 in 1999 for $307 million USD. That same year, Musk founded X.com which merged with Confinity in 2000 and was sold to eBay for $1.5 bn USD in 2002. He immediately went on to found SpaceX and was an early investor in Tesla Motors, of which he is currently CEO.

Elon Musk is known for his insane work ethic and sponsoring entrepreneurial startups. Although he is not directly involved in blockchain, and was far from an early adopter of crypto, he is still a respected and vocal voice in the cryptocurrency space due to his technological background and business sense.

“Out of curiosity, I acquired some ascii hash strings called ‘Bitcoin, Ethereum & Doge’. That’s it. As I’ve said before, don’t bet the farm on crypto! True value is building products & providing services to your fellow human beings, not money in any form.”

Tweeted, October 2021 in response to a query regarding investing in an altcoin

“An email saying you have gold is not the same as having gold. You might as well have crypto. Money is just data that allows us to avoid the inconvenience of barter. That data, like all data, is subject to latency & error. The system will evolve to that which minimizes both.”

“If major Dogecoin holders sell most of their coins, it will get my full support. Too much concentration is the only real issue imo.”

“Tesla is using only internal & open source software & operates Bitcoin nodes directly. Bitcoin paid to Tesla will be retained as Bitcoin, not converted to fiat currency.”

“Cryptocurrency is good on many levels and we [Tesla] believe it has a promising future, but this cannot come at the great cost to the environment.

Tesla will not be selling any Bitcoin and we intend to use it for transactions as soon as mining transitions to more sustainable energy. We are also looking at other cryptocurrencies that use <1% of Bitcoin’s energy/transaction.”

Part of a Tweeted statement, May 2021, in response to Tesla’s decision to stop accepting Bitcoin payments for its cars.

“My hope for Bitcoin is that it can improve the efficiency of the information system that we call ‘money.’”

Said during a panel discussion at the B Word conference in July 2021.

“Lots of people I talked to on the production lines at Tesla or building rockets at SpaceX own Doge. They aren’t financial experts or Silicon Valley technologists. That’s why I decided to support Doge – it felt like the people’s crypto.”

Musk was sued in June 2022 for $248bn USD by a Dogecoin investor who accused him of running a pyramid scheme to support the cryptocurrency.

“As a general principle, for those looking for advice from this thread, it is generally better to own physical things like a home or stock in companies you think make good products, than dollars when inflation is high. I still own & won’t sell my Bitcoin, Ethereum or Doge fwiw.”

“I intend to personally support dogecoin because I just know a lot of people who are not that wealthy who have encouraged me to buy and support dogecoin, so I’m responding to those people.”

Said at the 2022 Qatar Economic Forum.