An ICO Can Be A Security According To Latest SEC Report 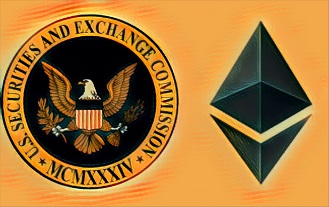 Cryptocurrency markets drew attention from regulators once again. The SEC issued a report yesterday about The DAO, concluding that this entity indeed issued a security through its ICO. Therefore, according to the SEC and US regulation, an ICO can be a security. This has many implications on the booming ICO markets. The ramifications of this report extend to other service providers like cryptocurrency exchanges, and any other entity that may seek investment from US citizens, organizations, companies or entities. This SEC report also delivers a stark warning to any individual or any entity registered in the US, about the implications of launching an ICO without following SEC rules and regulations.

How can an ICO be a Security?

The SEC did not arrive to its conclusion lightly. The report states a step by step analysis of how The DAO ICO performs under the Howey test. The US Supreme Court created this test to determine whether certain transactions constitute an investment. This test stems from the 1946 Securities and Exchange Commission v. W. J. Howey Co case. Here are the basic principles of the Howey test to determine if a transaction constitutes an investment contract:

Following these parameters, it should be clear to any investor how can an ICO be a security.

So, an ICO can be a Security, Big Deal!

At this point many people might be thinking “so, an ICO can be a security, big deal!” Well, it is a big deal because anyone who launches an ICO from the US is subject to SEC regulation – unless exempted – and any ICO that receives investment from the US or promotes its project in the US could also be forced to comply with SEC regulation or face prosecution.

ICO issuers and investors should be aware of how flexible the definition of a security is under US law: “In analyzing whether something is a security, “form should be disregarded for substance,” Tcherepnin v. Knight, 389 U.S. 332, 336 (1967), “and the emphasis should be on economic realities underlying a transaction, and not on the name appended thereto.” United Housing Found., 421 U.S. at 849.”

Following this SEC report, anyone issuing an ICO should consult a lawyer and make sure they either comply with SEC regulation, or can side-step it by basing the ICO in other jurisdictions. Make no mistake, an ICO can be a security and that exposes ICO issuers to liability. It wouldn’t be surprising to see other countries and jurisdictions follow in the footsteps of the SEC, so keep an eye open for that as well, although it could be challenging – if not impossible – for the SEC and any other regulatory body to establish the origin and destination of funds in the blockchain geographically speaking.

SEC definitions and regulation might also seem illogical. Only a lawyer who understands securities law will be able to counsel ICOs in any case. As much as cryptocurrency transactions can be untraceable in terms of geography, and as much as the wording on the report and the definitions of a security according to the Howey test may apply to assets such as bitcoin – which the CFTC sees as a commodity – the best way an ICO can move forward is to disregard any assumptions and get legal advice. The same goes for investors, cryptocurrency exchanges and any other company or entity that is involved with these assets.

Click here to read the full SEC report on The DAO investigation.