Ether Plunges Due To DAO’s Shortcomings 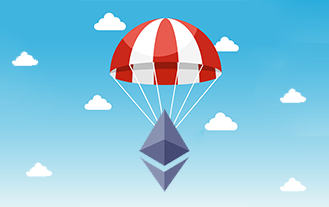 The DAO – Decentralized Autonomous Organization – was launched by a group of people in Germany, to raise money for investment. The principle of the organization is that its processes should be democratic and leaderless. Investors would be able to participate by investing with Ether, since the DAO smart contracts are powered by the Ethereum network. In exchange, DAO would issue its own tokens to these investors that would be used to vote on investment opportunities.

Apparently the contracts that DAO ran on Ethereum, had a loophole. A “hacker” is thought to have taken advantage of the loophole to siphon the equivalent of about $50 million USD in Ether, to a wallet that is not related to DAO. Although the funds are frozen, and cannot be spent until mid-July, the transaction was not legitimate, but it was legal in terms of the norms of the Ethereum network.

Now Vitalik Buterin – one of the founders of Ethereum – and his crew, will have to clean up the mess. Many claim that if the stolen coins are restored to DAO, this will be tantamount to bailing out a sizeable investment firm, much like the Fed did during the economic meltdown of 2009. This is a huge red line for cryptocurrency enthusiasts, who are seeking to rid the world from the “too big to fail” paradigm, and are committed to democratizing the economy.

Somewhere between both paths there should be a way forward. It is now up to the experts to hash it out, and up to the critics to rage on Reddit and other social media outlets. Functionally speaking, Ethereum offers services like no other network on earth, which means that if it acts swiftly and brings a smart solution to the table, Ether should bounce back quickly. This might also represent an opportunity for investors who are willing to take the chances on the network’s growth. In any case, the next few days and weeks will prove crucial to the future of Ether and the Ethereum network. Every cryptocurrency enthusiast will be watching closely.