Ether Closing In On $20 USD 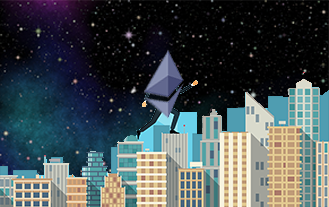 While bitcoin grabs all the headlines due to its meteoric rise, the story of Ether has taken a back seat. Nevertheless Ether has hit its share of highs. Trading above $18 USD, the cryptocurrency powering the Ethereum network, is at an all-time high. This rally started at the beginning of 2016, lifting the cryptocurrency all the way up from $1 USD to where it is now. That is a growth of about 1800% so far this year, and apparently it has fuel to rise even more.

People Investing in Ether as well?

Bitcoin was buoyed by a mixture of factors, including a general feeling that the world economy is ripe for a downturn. The same factors could also be behind the rise of Ether, as investors start testing other digital assets to hedge their traditional investments with. Ethereum also offers a series of advantages that make a long term investment in its cryptocurrency arguably more attractive than a similar investment in bitcoin.

But there are additional factors that have enabled Ether’s rise lately. These factors make the cryptocurrency’s rally different from bitcoin’s recent surge. Probably the main factor enabling Ethereum’s currency to close in on $20 USD, is that Coinbase added it to the portfolio of cryptocurrencies that they now service. With more availability and more convertibility, Ether becomes a much more attractive digital asset, adding to its valuation potential.

Shortly after Coinbase’s announcement stating that it will now sell and buy Ether, the cryptocurrency halted a brief retreat and started heading towards new historic highs. Beyond availability and convertibility advantages, Coinbase’s announcement has the potential to create a domino effect that will see Ether being offered at other cryptocurrency exchanges. This is also good news for the currency and its potential for growth.

While bitcoin keeps on drawing attention, Ether is advancing, achieving new historic highs and showing investors its potential. The fact that it is a digital asset that powers a versatile network like Ethereum, has the potential to add even more impulse to its rise. To some, Ether’s current situation might even evoke memories of how bitcoin started taking off suddenly. If it keeps its bitcoin-like assent going, the $20 USD mark might not only be a few days away, but once it gets there, it might be the last time it will be a relatively cheap digital asset to buy into.